Only a forgetful silence has marked this June’s centenary of the greatest of all Canadian-born novelists.

Yet those who care to remedy such a state of affairs still have time before Saul Bellow’s birth month is out to read his astonishing 1976 Nobel Prize Lecture.

They have the rest of their lives to marvel that one born into the industrial air of Lachine, Quebec, and who spent most of his childhood in the poverty of Montreal’s Plateau neighborhood, could understand so deeply and articulate so fluidly.

The lecture is reprinted in full in There is Simply Too Much to Think About, a new collection of his non-fiction edited by Benjamin Taylor. It’s essential reading for anyone who cares not just about 20th century novels and novelists but about obtaining a clear-eyed view of the politics of literature and the art of living well.

Bellow cared passionately about these things, and he seems to have cared most passionately of all about the continuing power of the novel to illuminate them. He continued to care about the continuity of the novel even as he was obliged to acknowledge in the Nobel lecture that the leading minds of the day were everywhere writing it off as a dead letter. His riposte was vintage Bellow.

“It amuses me that ... serious essayists should be empowered to sign the death notice of a literary form,” he says. “We must not permit intellectuals to become our bosses. And we do no good by letting them run the arts.” 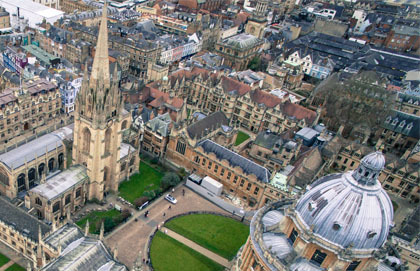 The reason, he argues, is that the artist’s—especially the writer’s—method for knowing what is “fundamental, enduring, essential” in both the universe and the facts of life differs from those who know the world by systematic examination.

Quoting Joseph Conrad, he points out that in contrast to intellectuals or scientists or other types of thinkers, the writer descends within himself into those “lonely regions” where he is able to appeal to “that part of our being ... which is a gift and not an acquisition ... to our capacity for delight and wonder ... to our sense of pit; to the latent feeling of fellowship with all creation—and to the subtle but invincible conviction of solidarity that knits together the loneliness of innumerable hearts ...”

The writer, particularly the novelist, has a power and purpose to “bind together all humanity—the dead to the living and the living to the unborn.”

In this unifying act of “solidarity with other isolated creatures,” Bellow restates a claim that resonates through his non-fiction from the early 1950s forward, which is that fiction writing is an essentially conservative art. Not conservative in the appropriated sense that its practitioners must be caricature Republicans (Bellow certainly was not) or tow any particular partisan political line. Rather, he means the essential, conserving human impulse and instinct to continue to look for the “gift under the wreckage of many systems.”

In seeking that gift, he says, writers must leave off their fashionable posing as just-for-laughs Jeremiahs sniggering from sinecures while pretending to stand at the political and cultural edges of society. They must become part of the conservative task of returning to the centre where, according to Proust and Tolstoy, are found the glimpses, the “true impressions” of our real condition, that is, the truth in its essence.

“This essence reveals and then conceals itself,” Bellow says. “When it goes away, it leaves us again in doubt. But our connection remains with the depths from which these glimpses come. The sense of our real powers, powers we seem to derive from the universe itself, also comes and goes. We are reluctant to talk about this because there is nothing we can prove, because our language is inadequate and because few people are willing to risk the embarrassment. They would have to say ‘there is a spirit’ and that is taboo.

“The value of literature lies in these intermittent ‘true impressions’ [that move us to believe the good we hang onto so tenaciously—in the face of evil, so obstinately—is no illusion.”

In an essay written about a decade before he won the Nobel Prize in Literature, Bellow wrote with his characteristic cocked-eyebrow good humor about how he learned to hang on so tenaciously. Aged three or four growing up in Montreal, he would go to the rabbi’s house for religious instruction. On the way home, passing French Catholic kids would scorn him as a “bloody Jew.” In the midst of this isolating wreckage were the lines of the Book of Genesis he was memorizing in Hebrew.

The gift, he wrote, was the recognition that he belonged to a created cosmos, and that he was a Jew within that cosmos. In long years of loneliness, frustration, and doubt that followed, when “if I were a dog, I would have howled,” that cosmic glimpse, that “true impression” was always there, not just as a sense of self but as the fundamental, the essential, the enduring, underlying “latent feeling of fellowship with all creation.”

Into that latency, he was able to descend to produce the greatest novels of the last half of the 20th century; some of the great novels of English literature. Canadians, to our embarrassment if not our shame, have been forgetfully silent when we should have been celebrating the centenary of his birth on our soil. But Bellow’s work and wisdom will never be silenced, no matter how much else we have to think about.

Moments of Beauty Break In

In literature and in physical creation, author Carolyn Weber tells Convivium’s Hannah Marazzi, are instants when the bird before our eyes becomes the miracle that God delights in making normal.