Euphoria over the Toronto Raptors historic NBA championship victory wafted north from Oakland at the final buzzer of Game 6 last night and is spreading from across Canada today.

But for pure poignancy, the most heart-felt moment in the Raps long journey through the NBA finals came before Game 5 even started when the series was still very much up in the air.

Scotiabank Arena in downtown Toronto, Ontario was a sea of red, a deafening roar of support and passion. The same volume and energy was mirrored - and perhaps even exceeded - by the swarms of fans outside the arena in Maple Leaf Square, or Jurassic Park as it’s been renamed for each Raptors game. Celebrity vocalist Monica sang the U.S. national anthem before handing the microphone to the Raptors’ regular vocalist, Doug Tranquada.

Tranquada delivered the first verse. And then the crowd took over.

Twenty-thousand voices collectively belted out the remaining words to O Canada, an all-the-feels moment that left viewers from across the country and globe with chills.

While Game 5 – and the chance to win the championship at home – eventually resulted in a one-point loss to the Golden State Warriors, the opening communicated something far beyond the final score of a game: A whole nation was behind this team. They had become a part of us.

The 2019 Raptors have done something unprecedented: winning the NBA Championship for the first time franchise history. In the process, they’ve ignited a “national fervour” – as NBA Commissioner Adam Silver called it – across the entire country.

Millions of Canadians can tell you exactly where they were when they saw “the shot” - the Game 7 buzzer-beater against the Philadelphia 76ers in the Eastern Conference semi-finals. The now iconic bounce (or four) joins the ranks of the 2015 Bautista bat-flip and Crosby’s 2010 gold-medal winning goal in Vancouver as one of the single greatest moments in modern Canadian sports history.

For older fans with longer memories, it’s right up there with Paul Henderson’s miraculous goal that lifted Canada over the Soviet Union in the legendary 1972 hockey Summit Series. And it stands as a poetic turn-around for Raps fans, too: redemption from the eerily similar Game 7 versus the 76er  s in 2001 where Carter’s heart-breaking bounce wasn’t as favorable as Kawhi’s game-winner in 2019.

But if you think this team – or this historical win – is just about a superstar or about the summer 2018 blockbuster trade that brought Kawhi Leonard to Toronto, then you’re missing the magic.

Journalist John Doyle has long covered what he calls the “joy, madness, and meaning of football” in the World Cup and Euro Cup, not by going to the games themselves, but by observing the cultural response in the communities around the games. In the same way, to understand the true cultural reach of Toronto Raptors and the euphoria they’ve inspired in a nation, you have to look beyond Scotiabank Arena and certainly beyond the GTA.

On paper, little of this makes sense. The team’s momentum, the madness of the fan support from coast to coast, the record-price game tickets, the record TV viewership, the days-of-waiting in lines outside of Jurassic Park, and the pop-up of 59 Jurassic Parks around the country on the night of Game 6. 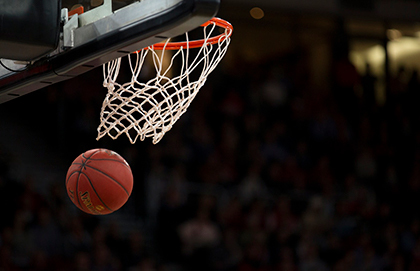 It makes even less sense when you look at this from a truly national perspective: how has a Toronto-based team in a Toronto-centric Canadian sports market captivated the attention of a fan-base across the country and even attracted significant global attention? Is this just the residual result of the brilliant marketing behind the “We The North” campaign? Is this just the result of an abysmal NHL season for Canadian teams combined with a surge of never-before-seen success by the Raps? Is this just a fad: a really fun thing that’s gripped our collective attention this spring?

Partly. But there’s more to it than that.

The U.S. media will talk about this from the angle of a dominant (and more talented) team failing to win. They will analyze all the ways things went wrong for the Warriors, including some hugely challenging injury troubles. But in telling that story, they’re missing more than “just” an underdog upsetting a highly-skilled super-team.

They’re missing a coming-of-age celebration of the truth we’ve known for a long time: Canadian basketball is something unbelievably special. The momentum has been building since 1995.

I’ve been a fan of the Raptors since I can remember. For a kid born in Ontario in the '90s, that means the majority of my life. My earliest memories of basketball were Carter, McGrady, and the beloved purple dinosaur-dribbling-a-basketball jerseys. I, like many fans of the Raps over their 24-year history, have cheered from a distance as we established and re-established ourselves, tracking the moves we made to grow and develop as a franchise. Despite the growing pains, you just couldn’t shake the belief that we could be one of – if not the best – team in the league someday. I even carried a “We The North” flag to Everest Base Camp in the 2017 playoff run, but that’s a different story….

But beyond the history-defining championship itself, the 2019 Raptors carry a social influence that is unprecedented. This is a version of the Raptors that’s more mature, cohesive, and even thrilling than any iteration of the franchise we’ve cheered on before.

The team itself is compelling:

But the draw and thrill of the 2019 Raptors isn’t just about the players. It’s about Sikh superfan, Nav Bhatia and his impact not only on the culture of Raptors fandom, but also on the overall culture of Toronto and his anti-bullying initiatives for newcomers and “outsiders.” It’s about changing the reach of broadcasting and the first-ever broadcast of the NBA finals in Punjabi. It’s, love-him-or-dislike-him, about the inseparable relationship between basketball culture and hip-hop and the presence of the Toronto’s own, Drake, in both spaces.

It’s also about the record number of Canadians playing in the NBA and WNBA, such as Andrew Wiggins and Kia Nurse, many of whom are the direct legacy of the growth of basketball culture since the Raptors formation in the mid-90s (aka The Carter Effect),  a culture that even fostered the childhood skills of our own rival, Steph Curry. It’s about the wider sports culture in Canada and the way that basketball has arguably emerged as the sport most reflective of who we are demographically.

Writers and sociologists will debate for a while if this is an indication that basketball is slowly edging out hockey as “Canada’s sport.” I think that conversation is fascinating, but I don’t think it needs to be an either-or kind of debate.

What’s unquestionable is that the Raptors have done something that’s simply exceedingly rare in Canadian sports. As much as possible for a nation so spread out, so strongly tied to regional identities, and so diverse, they’ve become our team. The Raptors show us that, even more than any individual story line, it’s the collective narrative that captivates us. It’s the way that we see ourselves inside that narrative that makes us feel that this win is a bit ours too.

Basketball tells the story of Canada as we are, and it tells the story of Canada as we aspire to be. It gives us a glimpse into the energy and youth and diversity that makes up the key attributes of our multi-cultural national identity (if we have one of those). We – all those gathering in pubs and movie theatres and outdoor viewing parties across the country – are a mismatched group of people representing a plethora of cultural, religious, socio-economic, linguistic, and urban-rural-suburban realities. Many of us weren’t born here, some of us were, but we’ve all made our homes here. We’re a nation of immigrants and newcomers, pulled together with a collective sense of belonging.

In a world and political landscape that is far too hostile and divisive, too prone to false dichotomies of “us” versus “them,” and yet longing for connection and belonging, sport - for a few glorious and sacred moments - can remind us that we’re in this together.

Amid all our difference and plurality, the best of who we are is who we are together. And together: we are the north.

Maybe the truest beauty of sport and fandom is the mysterious way that a game can be more than entertainment and more than business, even though it always remains those things, too. That a roster of 16 players from Spain, the USA, England, Congo, Cameroon, and Canada can become a part of our shared history at the same time as they become part of our shared commitment to who we want to keep becoming.

The Raptors show us that a game that’s growing in reach, skill, and passion from coast to coast to coast can become a part of our very DNA of belonging.

The U.S. media will talk about this from the angle of a dominant (and more talented) team failing to win. They will analyze all the ways things went wrong for the Warriors, including some hugely challenging injury troubles. But in telling that story, they’re missing more than “just” an underdog upsetting a highly-skilled super-team.

In advance of tonight's big game for the Toronto Raptors, Editor-in-Chief Father Raymond de Souza muses on the ins and outs of the group's fan base, diversity in the crowds and temporary tattoo shows of support.