“Nobody should have to be obliged to sell their body in order to meet their needs and aspire to a better future. My rights do not limit me to only survive, but to live with dignity." - Chantal, survivor of sex-trafficking and board member The Way Out

At first, it all seems so easy, even positively glamorous. A young girl who doesn't quite fit in at school or feels misunderstood at home, is befriended by a suave older guy. He pays attention to her. He asks about her life, her goals, and listens sympathetically to her problems.

Initially, he may buy her gifts, take her out, introduce her to his friends and make her feel right at home in this world. He'll talk about a bright future: lucrative career prospects, opportunities for travel, all the while hinting at a romantic relationship. He'll hold up a mirror to her dreams. However, reality will soon come knocking at her door, and bang on it hard. She will awaken to the nightmarish revelation that her prince is really a pimp, and she is his property.

"If a girl is going with some older guy and wearing expensive jewelry - if she has left her group of friends," this ought to raise red flags, says Peggy Sakow.

Sakow is the co-founder with Liliane Kohl of the Temple Committee Against Human Trafficking at Temple Emanu-El-Beth Shalom in Westmount, a well-to-do municipality on the Island of Montreal. Sakow and Kohl have been active for years in an interfaith coalition against human trafficking.

They work with secular groups to educate the public about the unseemly but often unseen realities of sex trafficking. Over the years they have hosted conferences bringing educators, women's groups, and the police together to brainstorm the best ways to combat the exploitation and coercion of women and girls in the sex trade.

"These aren't nice guys who manage their careers," Sakow says in reference to prostituted women and girls who are brutalized by their pimps for the huge profits from the sale of sex. It's been estimated that average pimps earn about $250,000 per victim. Many have several young girls under their control.

So pernicious is the culture of prostitution that pimps often refer to the young women and girls they sexually exploit as their "stable." In today's vernacular prostitution is typically referred to as "sex work," a re-branding strategy that has turned something long considered a vice into just another occupation. The linguistic switch gives it a veneer of legitimacy, at least in the eyes of the johns who purchase sex from exploited females.

So pernicious is the culture of prostitution that pimps often refer to the young women and girls they sexually exploit as their "stable."

Young girls too may be seduced by a deceptive message about prostitution before they ever meet a sex-trafficker.

"Just look at the way prostitution is glamorized by the media," Sakow says. "Girls think, 'I can buy this purse or that pair of shoes.' And society is materialistic so some girls buy into these notions of choice and easy money.” 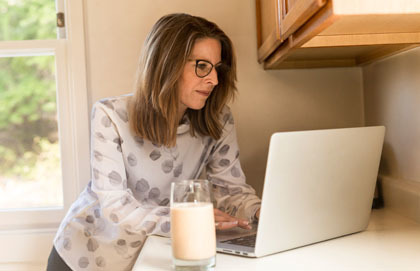 However, as much as pimps may buy gifts and feign affection to lure young women into the sex trade, they inevitably switch tactics, withholding money, employing violence and stoking fear, further weakening the confidence of insecure girls and vulnerable women.

Montreal police officers Diane Veillette and Josée Mensales of the Service de Police de la Ville de Montréal (SPVM) are all too aware of these grim realities. They are members of a special unit headed by Lieutenant Dominic Monchamp that aids survivors of sexual exploitation. Together with Guillaume Corbeil they have coauthored a book Pour l’amour de mon pimp (For the Love of My Pimp).

The book tells the stories of six victims of sexual exploitation, and is accompanied by testimonies of those who helped them change their lives. It's an outgrowth of the program Les Survivantes - SPVM (The Survivors - SPVM) launched in 2010 to help change the mentality of police officers and stakeholders - victims of the sex trade, their families, and potential victims. It is an uphill battle. The Formula 1 Grand Prix in Montreal has long been a magnet for sex tourism. Last year there were dozens of arrests of men soliciting sex from minors, and hundreds of suspected cases.

Veillette says contrary to popular belief, all victims aren’t runaways from disadvantaged backgrounds with family problems. Mensales says men who procure women and girls for prostitution may do so easily enough by popular means. Whereas in the past traffickers might have put classified ads in newspapers, in today's social media context they are more likely to put an ad on Instagram or contact naive young girls via Facebook who have no idea what kind of person they are dealing with. Regardless of the method of communication, traffickers always employ the same ruse. They promise future projects and a relationship when the truth is the girl is merely a commodity in a business transaction.

The statistics are harrowing. Most human trafficking is for the purposes of sexual exploitation and 90 per cent of women in prostitution have been trafficked. Parliament accepted these research findings when former Bloc Québécois MP and criminologist Maria Mourani sponsored a private member's bill (C-452) that recognized sexual exploitation as a category of human trafficking. She left the Bloc to sit as an Independent, later representing the NDP in her former riding of Ahuntsic-Cartierville in the last federal election. She was defeated by former Montreal mayoralty candidate Mélanie Joly, now the Minister for Canadian Heritage in the Liberal government.

On March 6, 2013, Mourani's bill was passed by the House of Commons and received Royal Assent on June 18, 2015. Despite this, the new law has never been brought into force although signing it is a mere formality. Consequently, the law that Mourani envisioned to protect women and girls from trafficking hangs in limbo despite extensive discussion and debate in Parliament.

Early in 2016, there was a spate of news reports in Quebec about many girls who had gone missing from a Laval youth center in Quebec where they had been placed in protective custody. At the time Laval police determined that 33 of the missing girls had been sexually exploited.

It prompted Mourani and several of the girls' parents to brave the cold on the morning of Feb. 15, 2016, and show up at the Montreal riding office of Prime Minister Justin Trudeau with a camera crew in tow. They had a letter to give the PM imploring him to sign off on the new law on sexual exploitation and trafficking. An assistant greeted them downstairs in the lobby. At the time, Mourani expressed frustration at the impasse, but still hoped the deplorable situation at the Laval youth center would serve as a wake-up call.

Today, she is less optimistic. "In fact, we are still waiting for an application of Bill C-452 on human trafficking and, unfortunately, the Trudeau government still has not implemented this law by decree and has indicated that it would not do so," she says.

Mourani insists the bill was thoroughly vetted by constitutional experts, and there is no legitimate reason for not signing it. In spite of this setback, she continues her research on sexual exploitation. She thinks for the time being the problem of sex-trafficking might be addressed at least in part by going after the men who purchase sex, given the difficulties of prosecuting traffickers. The previous Conservative government's law on prostitution (Bill C-36) makes it illegal to purchase sex.

"When it comes to the new prostitution law, it should simply be further enforced by targeting more clients," she says.

But while the law is on the books, and its passage was applauded by politicians of all partisan stripes across the country, its enforcement is far from giving those like Chantal, the sex-trafficking survivor quoted above, the protection and dignity they deserve. Why? Tomorrow, former Manitoba MP Joy Smith, a leading voice in the anti human trafficking fight, tries to find some answers.

The very idea of human trafficking can raise our hackles, yet we may be lulled into overlooking an even more fundamental public health and social justice issue.

More Than Harvey’s Secret Is Out

Revelations of his serial predations brought Hollywood mogul Harvey Weinstein low this week. But Cardus’ Andrea Mrozek warns everything from our relationships to our shopping malls are afflicted by the corruption he represents.