There's a condo development down the street from me in my urban Ottawa community. It’s about four kilometers from Parliament Hill. When they were selling those units, they advertised them as hotel style living. For those of you who may travel quite a bit for work, can you honestly think of anything worse? I just look at them say, "Hotel style living? So you mean I can have a very small space where no one knows me and I know no one, where the food does not suit me, and everything costs a lot more than it should? Wow, sign me up."

This condo development looms over a very tiny public park in a neighbourhood otherwise filled with very old single-family homes. There's play equipment in the park that goes, from what I can tell, unused. I confess I haven't gone up close to try it out. There's a basketball court where adults largely play basketball and bike polo actually, on Sunday mornings. This is Little Italy so there's a spot for bocce ball but that also appears to go somewhat unused. It is all situated not far from a very popular strip, lots of restaurants, bars, a comedy club. There are some employers nearby. There is an Italian grandma who sits on her porch and will give you cherry liquor if you come and say “hi.” We've tested that.

Just to round out the picture of our neighbourhood, on Good Friday this year, we were awoken by a very loud banging noise, which turned out to have been the police busting down a door for your local neighbourhood drug bust. That happens on our street as well.

Certainly, there are some children next door, and a couple down the street. But I think I can count on one hand the number of families on my street. Mostly working adults live on our street, folks without children like myself. If this classy hotel living condo indicates anything, and I think it does, the proportion of children in the neighbourhood is about to go down, not up.

So, the first question, what makes a good city for families? I suppose there could be a different answer for everyone depending on what you're looking for. But back in 2010, we did do a grading of 33 census metropolitan areas in Canada. For this report, we chose factors to measure. Some of these included community feel, education, the cost of living and economic strength. 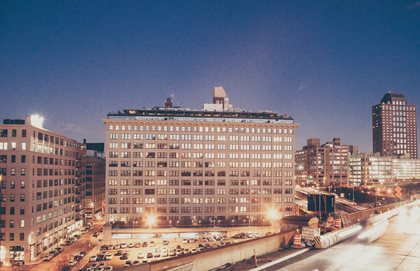 We were trying to identify what would be the top places in Canada for families to live. We did an index. Each broad category had sub-categories. For example, community feel included green space and bike paths, as well as charitable (giving) and neighbourhood stability. We were able to use census data to see who had lived in the area for at least five years. We took the charitable giving as a kind of proxy for concern for those around you, making a community into the kind of community where you'd like to live.

What post-familialism means is essentially the prior assumption that families are the bedrock of our country and our communities and our culture might no longer be true.

We also included crime rates in the community feel category. We used the homicide rate as a proxy for other crimes such as gang activity or drug use. Two of the other important categories included the ability of a family to get by financially in a particular city. Cost of living tapped into the consumer price index and we definitely measured rental cost and also the rate and cost of home ownership, which is obviously a growing concern for so many families in Canadian urban centers….To what extent would families be able to find work and make a living in a particular city, what is the average family income, what is the average family tax take, how do stable families contribute to the economy?

Also, under the umbrella of economic strength, we included the population growth rate. Our thinking there was that an expanding population means more services, more stores, more opportunities. A growing population can occur in a number of different ways. Canada is very fortunate to have a high number of immigrants who come here and contribute. But increasing population is obviously not just a matter of increasing immigration. Even high rates of immigration have been shown to not bring in as many children as we might hope. When we turn to the Canadian fertility rate, it currently hovers just below replacement. Our replacement fertility is about 2.1 children, there's that .1 child out there somewhere for a woman of child bearing age and we are at 1.6 children per woman of child bearing age.

This is the trend for all wealthy nations. Canada is no exception. As a result, we get some scholars identifying a trend that they call post-familialism. What post-familialism means is essentially the prior assumption that families are the bedrock of our country and our communities and our culture might no longer be true. In Canada, in the 2011 census, for the first time, we had more one person households than couple households with children.

Now, turning to my second question on how families make the city good…if city planners and condo developers are to consider what is useful to the people around them then currently they are seeing far more single individuals than families. People do buy up those hotel style condos. There are no more left for sale. They fit a maximum of two people for the most part.

If we don't like what those condo developments represent, which I take to mean a kind of individualization or atomization of society, then we do need to consider why builders keep building them and have success selling them. This leads into a bit of a chicken and egg discussion. Can we attract families to urban centers with just the right combination of green space and parks, a low crime rate, and economic opportunities? Do we need more families such that they make cities from the ground up regardless of any such incentives.

I started today with my lovely street here in urban Ottawa. I can see the developments around me both demographically and of course by developers. In due course, I suspect it will only be Little Italy in a historic sense. Many more of the single-family dwellings will be bought up to make more condos. I do wonder whether my husband and I would stay there if we had children. That's a question to which I don't have an answer.

If I were to conclude with one thought or hypothesis, it might be this. Be it resolved that stable families bring more good to cities than cities can bring good to families.

As Canadians get set to revel in urban summer life, Convivium showcases remarks from the What Makes A Good City forum held last Thursday at Cardus Ottawa. Today, Milton Friesen examines the complexities that give the city the aura of a living organism.