We are encouraged by the findings of Jim Vanderwoerd’s most recent article exploring sexual contact and assault statistics for Northern American colleges and universities. As members of the body of Christ, our CCCU institutions share a foundation in Biblical truth and commitment to the moral and spiritual formation of our students. While we are grateful that faith-based institutions in North America consistently report lower rates of sexual assault than the national average, even one case of unwanted sexual contact is one too many. All campuses should be free from sexual assault and harassment, and we will continue the quest to educate and protect our students and make our campuses safer.

I appreciate this article’s concern and desire to create a community where women are safe from sexual violence, including harassment, assault and rape. This paragraph critiques several assumptions in the website summary and in the study itself because the study and summary are self-congratulatory rather than engaging in the long work of creating a moral community.

To begin, the summary posted on the Convivium website places the term “toxic” masculinity in quotation marks. This suggests that the author doubts the conceptualization, or that the Convivium readers would be unfamiliar with the term.  Unlike what the author suggests, this is not a problem that simply affects women. Estimates on U.S. college campuses suggest that one in four women and one in six men are survivors of sexual violence, and that the vast majority of perpetrators of violence against women and violence against men are men. The numbers do not consider genderqueer or nonbinary people, who exist even when our churches do not include this terminology in their creeds or confessions.

Furthermore, the conclusions suggest that Christian culture is less toxic than the broader culture. Organizations such as Into Account have been established specifically to help survivors advocate within Christian contexts, and their work shows that it is more difficult to report. Many Christian people are not familiar with concepts of consent – particularly if they have attended Christian elementary and secondary schools where this will not be part of sex ed. This suggests Christians might be less aware of crimes when they occur. Moreover, because many Christian colleges have honor codes that prohibit sex outside of a committed heterosexual relationship, people might be less likely to report. There is also a significantly higher social cost for reporting within Christian contexts. Organizations such as SNAP (Survivors Network of those Abused by Priests) have elaborated on this. It is much less likely for people to report even in the relatively safe environment of a social sciences survey. I would encourage us, in the future, to consider how we can go about dismantling misogyny within Christian culture. After all, we are to endeavor to co-create with Christ to redeem the world.

~ Rebecca Janzen, Assistant Professor of Spanish at the University of South Carolina in Columbia

By emphasizing the importance of building a “moral community” with a shared commitment to shared beliefs and practices, Professor Vanderwoerd does Christians a valuable service with his new research on campus sexual violence. The currently prevalent approach of administrators and bureaucrats prescribes quasi-judicial kangaroo courts for men, and infantilization for women who come to be seen as pure victims with no responsibility for their own actions. These measures substitute, at a practical level, for the ice cream socials, dances, and the like that traditionally brought the two sexes together so they could learn to relate to each other, to date or, better, court with a view, not to casual sex but to marriage.

Such traditional aspects of college life rested on a framework of understandings and expectations that together formed a moral community and culture that extolled the virtues of marriage and family, of sexual restraint, modesty, and purity, of a masculinity that is about responsibility and protecting the honour of women without denying them their own moral agency. Men and women learned to celebrate masculinity in this sense, not to see it as toxic and something to be suppressed. 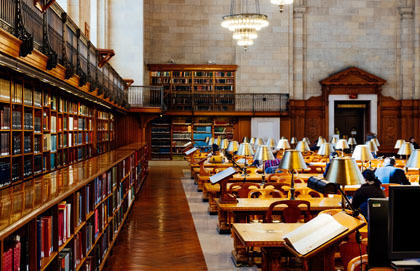 Today’s colleges, Christian as well as secular, inhabit a larger moral ecology of laws, policies, and norms that make it harder for people to practice these virtues, that define masculinity itself as toxic, that see sexual restraint as itself oppressive, in which online dating, contraception, abortion, and pornography are just part of the breaking of links that connected marriage, sex, fidelity, and children to each other. The pressures to adapt to secular norms hit both Protestant and Catholic colleges – first and hardest among the major Protestant universities such as Harvard, Yale, Princeton, Oxford,but increasingly among those Catholic institutions that seek to emulate them and to downplay anything that might mark a Catholic or Christian distinctiveness. In that regard, it would be helpful to know if the smaller, more seriously Catholic and faithful, more countercultural, colleges like Thomas Aquinas College, Thomas More College, Ave Maria University, Franciscan University in Steubenville were closer, as I would expect, to the Protestant evangelical colleges that Vanderwoerd studied than to either secular colleges or larger but only residually Catholic ones (“in the Catholic tradition,” as they say in small print).

~ Paul Adams , Professor at the University of Hawaii

As a woman who graduated from an independent Christian college and has since worked on public university campuses for the past 10 years, I am not surprised by the summary of Jim Vanderwoerd’s research into sexual violence and moral communities. In part, I am unsurprised because I believe that as followers of Christ we certainly ought to be creating college campuses that are safer for women—this should flow directly from our faith. However, I am also unsurprised by the finding that a lower percentage of women at independent Christian colleges reported unwanted sexual contact and rape, because I experienced an assumption that due to the values and beliefs that shape the “moral community” on Christian campuses, these problems do not exist there. This makes it even more difficult for victims to report, and can reinforce victim-blaming.

In my four years as a student at a Christian college, topics such as consent, misogyny and sexual assault were rarely discussed, especially by university administrators. The assumption was that those kinds of “issues” would not be a concern at a Christian college, so we didn’t need to talk much about them. For an alarming example of this, see an article in The Banner in which a vice president and chief administrative officer of my alma mater states, “We don’t believe [rape culture] exists on our campus…It’s just not who we are.”

In this way, the “moral community” that this article suggests acts to protect women on Christian college campuses, can also greatly reduce the likelihood of women reporting incidents that violate those moral norms; in effect, this makes the women the “whistle-blowers” on the immorality within the “moral community.” By contrast, in my work as a campus minister at two different public universities, students are regularly discussing issues of sexual assault, harassment, misogyny and the toxic rape culture that undergirds them, and university administrators and student life programs repeatedly aim to educate and empower women and men to identify and report them. An example of a program that does this well on many university campuses is the Can I Kiss You component of the Date Safe Project.

I hope that this research will compel Christian colleges to foster more difficult conversations about consent, assault, and misogyny, rather than serve as justification for complacency around these issues.

Jim Vanderwoerd is bringing a voice to an extraordinarily important topic on today’s campuses. All across Canada, universities have been asking how to reduce sexual violence on campus. This past January, all post-secondary institutions in Ontario were mandated to create a sexual violence response policy in order to educate schools on handling these delicate problems. Though this is a major step forward in the realm of sexual violence, these policies do not prevent sexual violence. Vanderwoerd’s article, however, sheds light on the best way to prevent sexual assaults, that is to invoke change in our society’s acceptance of negative male stereotypes and to create a community that does not settle for anything less than dignity for all. His study shows that there is a way to reduce assaults.

One in five doesn’t have to be a number we tell our daughters anymore, if a heart change and a moral change in our society can happen. If our society’s values and expectations of men could turn from dominance over others to respect for and standing up for others, our entire world could be transformed. This type of community may be a naïve, idealized utopia that could never exist…or it could be a tangible reality, which is why Vanderwoerd’s study is truly a study of hope. It shows that this kind of community, though not fully perfect , still does exist and has the potential to become a tangible reality in a larger community if we will allow it."

The Ecology of Education

We all think we know what is meant by education. For most of us, education means what we went through in the formal school system. But a new book from McGill- Queen's University Press, Liberal Education, Civic Education, and the Canadian Regime, edited by David W. Livingstone, makes the case that education shifts, not just as a matter of pedagogical method but in its very nature as lived through its perceived purpose. As the four excerpts reprinted here show, education is less a single system than an ecology responsive, as natural ecosystems are, to the shaping forces of external demand and internal adaptation.

While everyone should be concerned by sexual violence at North American universities, writes Professor James R. Vanderwoerd, his newly published research indicates the best answer to toxic masculinity is cultivation of moral communities on campus.