The words of Jody Wilson-Raybould are as good a place as any to begin an assessment of media coverage of Canada’s 44th federal election.

“In Ottawa, the political culture, which includes the media, lives in a world of its own construction, quite divorced from the daily realities and lives of most Canadians,” she writes in her book Indian in the Cabinet: Speaking Truth to Power.

“A cardinal feature of this cynical world is that it rarely, if ever, assumes that an individual might actually do something simply because it is what they believe is the right thing to do. . . . In this Ottawa world, people are not thought of first as people who hold beliefs and try to live lives of meaning that reflect those beliefs. Nope.”

If you assume these words are true - as I do - and not just the tears of a disillusioned former Attorney General thrown under the bus, there is no way media coverage of this election was going to stray beyond the disconnected world she described.

Coverage and which adjective precedes which policy - what is moderate and mainstream and what is extreme and controversial - has been decided by pretty much the same culture for decades and there’s no indication that will change. It may be 26 years ago now, but I distinctly remember a Parliamentary Press Gallery veteran detailing for me in 1995 how the Reform Party’s efforts on Parliament Hill were doomed because they just didn’t understand how things were done “around here.” It never appeared to cross her mind that the entire reason there were planeloads of western MPs flying economy class to Ottawa was that they did understand “how things were done around here” and wanted that to change.

But as it turned out, she was right. Reform was long ago demolished while she and the status quo she defended are still sipping lattes on Sparks Street. Little wonder some cynics suggest political media are as much a part of the Laurentian elite as the politicians and public servants around them. The only thing that really changes is, every now and then, the politicians.

“Your Line editors are no longer entirely young, although we both maintain the rare distinction of appearing young relative to the rest of our industry. The real young recruits rarely last very long in media anymore, leaving an increasingly aged cadre of senior management. We therefore find ourselves in a rare generational predicament; stuck between a generation with little functional memory of 9/11 and the change it wrought in the world — and an older one, for whom the terrorist attacks were another major geopolitical event in a lifetime dotted with them. They remembered Korean Air 007 and Challenger and the 1968 assassinations and riots, and the FLQ Crisis. Some of them even remembered Dallas on Nov. 22, 1963 or the Cuban Missile Crisis.”

Little wonder some cynics suggest political media are as much a part of the Laurentian elite as the politicians and public servants around them. 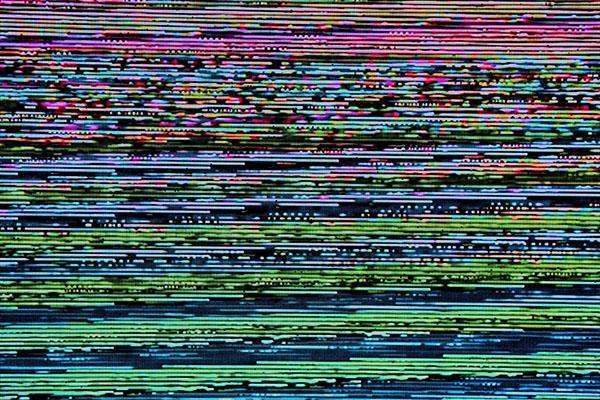 Certainly Chantal Hebert of The Toronto Star, along with at least Gary Mason and Lawrence Martin of the Globe and Mail, must remember the Cuban Missile Crisis (as I do). Andrew Coyne was barely a toddler on Nov. 22, 1963 but while I don’t know exactly how old Susan Delacourt is, it’s been 10 years since she won a lifetime achievement award. CTV’s Craig Oliver, who only retired full time two years ago, was already a working reporter when Kennedy and Kruschev pondered global thermo-nuclear destruction in 1962. All of them remain very good at what they do even if it follows a script polished when Justin Trudeau was still in diapers.

So it will come as no surprise to conclude that when one compares this election to those previous, there’s not a lot of innovative new approaches to take note of. Coverage has been balanced but how could it be otherwise? Opinions on once contentious issues such as climate and energy security, balanced budgets (honestly, what were people thinking?), euthanasia, marriage, reproductive liberty, economic freedom, the importance of suppressing religious rights and so on have all been hammered into conformity.

At this point, the range of topics considered non-controversial by  mainstream media has become so narrow there’s little to separate the parties other than the price of their leaders’ watches and the depth of their kowtowing to Quebec. For instance, the only party that opposes Soviet-style supply management as a sound economic practice is “Mad Max” Bernier’s niche “far right” People’s Party.

In terms of tit for tat, reporters did their best early on to get Liberal leader Justin Trudeau to give what they consider an acceptable explanation for why he called a pandemic election. They then tried to pin the OMG abortion and other scary tails onto Conservative leader Erin O’Toole’s donkey and while gun control almost worked, the Conservative leader bobbed, weaved and ultimately changed his party’s platform to - guess what? - conform with those of the others.

Differences were largely optical and COVID-related. O’Toole held many virtual meetings with supporters while Trudeau held masked rallies of 25 people or less. Crowds of people opposed to COVID measures, vaccines and heaven only knows what else dogged Trudeau and, for a while, some reporters young and old remarked that they had never before seen such anger. That was just weird but not as weird as there being not a lot of concern that China is threatening to retaliate if O’Toole becomes prime minister. Or that while Trudeau said the flag remains at half mast at the sole discretion of Indigenous people, debate on policies that might actually improve lives on First Nations drew no serious attention.

So, with so little to distinguish the platforms, the search for a reason why we are having a pandemic election was resurrected. And in this last week, Trudeau seemed to finally have an answer: to save the nation from being like Saskatchewan, admittedly not a hard sell. Or Alberta - the province with the next highest anti-vaxxer population.

So, with so little to distinguish the platforms, the search for a reason why we are having a pandemic election was resurrected.

Media consensus was still forming on that development at the time of writing. But if it works, will it not be considered brilliant? Or will it be O’Toole’s efforts at positivity and mastery of policy flexibility that hold the day?

Which brings us, in conclusion, back to the words of Ms. Wilson-Raybould.

“In Ottawa, the political culture, which includes the media, lives in a world of its own construction, quite divorced from the daily realities and lives of most Canadians.”

Photo by Rob Wicks on Unsplash.com