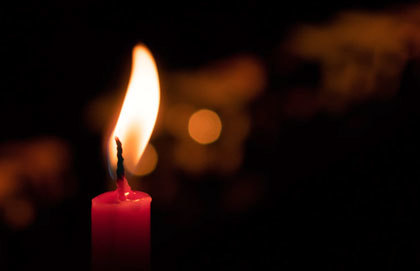 Yesterday was the second Sunday of Advent, and the candle we light that day stands for peace.

I was thinking about peace, especially the idea of "peace time"—that is, the time when there are no violent conflicts in which we're directly engaged. To be honest, I don't know if we're in peace time or not down here in the U.S.—and not just because of the conflicts we're engaged in around the world, but because, well, there's a lot of unrest here.

Peace—and I looked this up on Wikipedia, don't tell my students—is this: 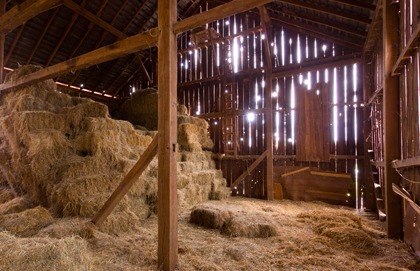 Cracks in Everything
Holy Week and Public Theology

A state of harmony characterized by the lack of violent conflict. Commonly understood as the absence of hostility, peace also suggests the existence of healthy or newly healed interpersonal or international relationships, prosperity in matters of social or economic welfare, the establishment of equality, and a working political order that serves the true interests of all. In international relations, peacetime is not only the absence of war or conflict, but also the presence of cultural and economic understanding and unity.

That's the definition of shalom, if we remember too that this is something that only comes through the grace of God. We explored this broader definition of peace in our latest print edition of Comment, and in the editorial we framed it this way:

We can also make the bold claim that there is such a thing as "the good society," in which peace and justice reign.

Peace, as St. Augustine says, is more than simply the absence of war. It is the tranquility of order—when all of the spheres of society function in such a way as to create wonderful music. And this is a radical, prophetic notion: To speak of peace and a tranquil order in a world plagued by restlessness and extreme social disorder is, again, to canoe against the current of reality.

To dare to speak this way is to hope. It presumes that there is an order, and that there can be peace.

So here we return to one of Comment's deepest themes: The good society, as St. Augustine says, has not only its institutions, but its loves in order. No society can be "good" unless it helps its people direct their love toward the common good—and the highest good: the love of God.

Our hearts are restless until they are at rest in God, and our society will likewise never fully realize a sense of the tranquility of order until all of our work, our institutions, and our culture are marked by the love of God.

Or, as yesterday's lectionary readings say:

Peace, as St. Augustine says, is more than simply the absence of war.

Comfort, O comfort my people, says your God. Speak tenderly to Jerusalem, and cry out to her that she has served her term, that her penalty is paid, that she has received from the Lord's hand double for all her sins . . . Every valley shall be lifted up, and every mountain and hill be made low; the uneven ground shall become level, and the rough places a plain. The glory of the Lord shall be revealed, and all people shall see it together, for the mouth of the Lord has spoken it.