Seeking Allah, Finding Jesus is a touching account of Nabeel Qureshi's spiritual and intellectual journey from Islam to Christianity. He chronicles the internal turmoil he went through in choosing between his "heavenly father" and his "earthly father." Although he became convinced through historical evidence that Christianity is true, it took him quite some time to overcome the emotional difficulty of denying his family's faith for the sake of Christ.

Qureshi was raised in the Ahmadiyya Islamic sect, which is a very peaceful version of Islam. Many Muslims consider this sect to be heretical because of its eradication of military jihad and its unique interpretation of two words in the Quran.

The author's book consists of 10 parts. The first two deal with the author's experiences as a Muslim and issues related to the Islamic faith. From his parents' teaching, as well as from sermons at the mosque that were supposedly based on the sirah (the traditional Muslim biographies of Muhammad) and hadith (Muhammad's deeds, words and teachings), he learned that Muhammad lived an exemplary life and that Muslims resorted to arms solely to defend themselves against attacks by non-Muslims. He also writes about a particular type of Islamic apologetics, known as "Muhammad in the Bible," developed by Muslim scholars as a means of interpreting Biblical texts as prophesies of Muhammad.

Qureshi devotes an entire chapter to the numerous divisions within Islam, showing how they contradict the claims of unity put forth by many Muslims in their dealings with non-Muslims. The chapter serves as an argument against the many Muslims who, in addition to questioning the genuineness of Qureshi's conversion, claim that the Ahmadis are kafir (infidels) because they interpret Khatam an-Nabiyyin (the Seal of the Prophets) differently than other Muslims. Ahmadis believe that Mirza Ghulam Ahmad is the promised Messiah of latter days and have suffered great persecution because of that belief. According to Qureshi, Ahmadis should be considered Muslims because they "adhere to the central doctrines and practices of Islam" and "are virtually indistinguishable from Sunnis."

Qureshi writes fondly of his friend philosopher David Wood, who played a significant role in his conversion by challenging Qureshi's Islamic beliefs and explaining central doctrines of the Christian faith. He notes that this was something entirely new to him. Most of the Christians he encountered never provided a rational defence of their faith.

Qureshi eventually came to realize that the charge made by Muslims about the corruption of the New Testament was ultimately without foundation. He was particularly struck by the fact that one can trace collections of all New Testament books to fourth century collections, which themselves were based on early manuscripts from the second century. As for the Quran, it does not appear until the seventh century. Moreover, the Quran states that the Injil (often considered the original Gospel of Jesus, as revealed by Allah) is the word of Allah. However, what is said about Jesus in the Quran originates in part from gnostic gospels such as the Infancy Gospel of Thomas, many of which came much later than the first century canonical gospels and are considered by the majority of scholars to be ahistorical. 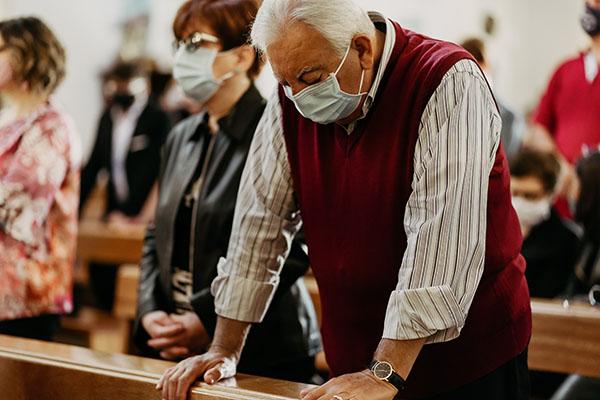 In his book, Qureshi also deals extensively with the "swoon theory," according to which Jesus did not die on the Cross but merely fell unconscious and was later revived in the tomb. Unlike most Muslims, Ahmadis do not deny Jesus' crucifixion, although they do deny his death by crucifixion. Qureshi describes a meeting he and his father had with two specialists on the historicity of the resurrection, Gary Habermas and Michael Licona. The latter systematically dismantled every argument Qureshi's father could provide against Jesus' death by crucifixion. As Licona notes: "Scholars are virtually unanimous: the death of Jesus on the Cross is among the surest facts of history." After this meeting, notes Qureshi, "I realized I could no longer uncritically trust what my parents had taught me.… Maybe, just maybe, I should start considering it a remote possibility that the Christian message could be possibly true."

Qureshi also refers to a debate he attended where he thought the evidence that was presented for Jesus' resurrection was quite strong. The debate was between Licona and Shabir Ally — one of the best apologists and debaters the Islamic world has to offer. The fact that Qureshi was swayed towards the evidence for the resurrection speaks volumes for the Christian case. However, he remained convinced that Islam had many good arguments in its favour.

Through reading the hadith, he discovered a very different portrait of Muhammad than the one he had been taught by his parents and imams. He read about Muhammad beheading hundreds of

men and teenage boys while selling women and children into slavery. He also read about Muhammad marrying Aisha, a six-year-old girl, and consummating the marriage three years later when he was fifty-two, having more wives than the Quran permits other Muslims to have and forcing his adoptive son to divorce his wife so he could marry her. Aware of so many examples of corruption, Qureshi now faced a dilemma. "I realized that if I kept dismissing the reliability of the traditions [hadith and sirah], I had no basis for calling [Muhammad] a prophet in the first place. I could no longer proclaim the Shahada [testimony or Islamic Creed], not unless there was something else, something other than history that could vindicate Muhammad…the Quran."

Qureshi then examined the so-called scientific miracles of the Quran. In 1973, Maurice Bucaille, a secular French gastroenterologist who served the Saudi Arabian king, published a book titled La Bible, le Coran et la Science (The Bible, the Quran and Science), which argued that the Bible was chock full of scientific errors whereas the Quran described verifiable scientific facts — scientific facts that had only been discovered in recent years. Bucaille further argued that Muhammad could not have known the prescriptions of the Quran unless God had revealed them to him. Upon examining these claims, Qureshi discovered many problems raised by Bucaille's exegesis and logic.

Eventually more doubts crept in, and Qureshi abandoned his belief in the doctrine of the perfect preservation of the Quran. The remainder of the book focuses on his spiritual journey towards Christ. He begged God to reveal Himself through a series of dreams, which is a common form of revelation for Muslims. Aware of the great costs of accepting Christianity, he initially hoped that the God of Islam would reveal himself to him. Specifically, he asked for three dreams as a sign, and his request was granted over a period of several months.

His conversion crushed his parents, and that tore him apart emotionally. But at one point, he felt incredibly regenerated. He came to a life-transformative insight: "This is not about me. It is about Him and His love for His children.… Now I knew what it meant to follow God. It meant walking boldly by His Spirit of grace and love, in the firm confidence of everlasting life given through the Son, with the eternal purpose of proclaiming and glorifying the Father. Now I had found Jesus."

Qureshi's book is a remarkable story about how God, regardless of our life circumstances, unfailingly draws us closer to Him when our will is open to His action.