The Governor General of Canada customarily is granted a personal coat-of-arms upon assuming office, and it was the case this week when Julie Payette was installed as Canada 29th governor general.

(En passant, we need a better word than “installed,” which I assume is some updated form of “enthroned.” One installs an air conditioner, or a software update.)

Precious few seem to pay any attention to Canada’s vice-regal office anymore, especially not when the grandson of the Sovereign that the governor general represents is on Canadian soil holding hands with his Hollywood girlfriend. Even fewer likely attend to the governor general’s arms but, fortunately for Convivium readers, I do.

Rideau Hall’s heraldic work ought to get more attention than it does, as the arms of our governors general are, to use the technical heraldic term, a riot. Yes, there are certain traditional things that remain from one to the next. There is the crown of course, which is the reason for the job. The Order of Canada snowflake is usually dangling somewhere, and the motto of the Order – Desiderantes meliorem patriam, taken from Hebrews 11:16, they desire a better country – is included.

But after that, they let it rip, as they rarely say in the heraldry business. The arms include “supporters,” which are the figures that stand erect on either side, supposedly supporting the rest of the crest, lest it roll away or collapse. For the Payette arms, the supporters are two lynx. Rideau Hall explains:

“The two lynx, proud and strong, represent us, the people of Canada. An elusive feline, the Canada lynx is remarkably well adapted to northern territories, particularly because of its enormous paws that allow it to move easily through the snow. The stars around their necks represent the spark of passion in each of us, inspiring us to dare to dream. They also evoke space travel and the work environment of astronauts.”

That’s quite a pawful, though left unexplained is how a paw, large or otherwise, would be useful in space. Or perhaps it is the stars which evoke that. It’s all part of the fun, trying to figure what (implausibly or not) represents what.

That’s quite a pawful, though left unexplained is how a paw, large or otherwise, would be useful in space.
Related Stories 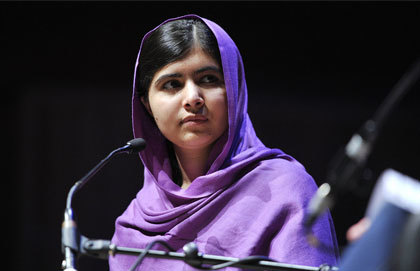 Pomp and Pluralism
George Vanier: The Best of Us
Mockery and Majesty

The stars are also in Payette’s motto, Per Aspera ad Astra, translated as Through Hardship to the Stars. It is fitting enough for an astronaut, though crushingly cliché.  It might just be the most over-used Latin motto around, save for variations on Veritas or Lux. The town of Coalhurst, Alberta, will likely get a vice-regal visit now that it shares the same motto with Her Excellency. The State of Kansas does too, but likely won’t qualify. I would propose Tegucigalpa (it’s in Honduras) though, because not only does the Escuela Nacional de Música boast that motto, but also the San Miguel Institute run by the Salesian priests across town. Reaching for the stars has never been less imaginative.

I would have suggested to Her Excellency, if she wanted an astronomical theme, Dante: L'amor che move il sole e l'altre stelle. It’s the final line of the Paradiso, where Dante beholds the love that moves the sun and the other stars. A bit more classy, erudite and profound.

The Italian would also have been provocative. Most of the mottoes have been in Latin, though Michaelle Jean went for French: Briser les solitudes – to break down the solitudes, a nod to Hugh MacLennan, I suppose.

A religous motto would also not have been out of place. After all, the Order of Canada has one. Nothing in the vice-regal world can compare with Georges Vanier, who was not only the greatest governor general, but the greatest Canadian ever to live. (Maclean’s magazine declared him so.) His motto was Fiat Voluntas Dei – May God’s will be done.

Most of the fun, though, comes in those supporters. Heraldic animals can be marshalled into service, and Roland Michener opted for deer, a common enough choice. David Johnston, recently retired, chose unicorns, another traditional heraldic choice, and gave them this meaning:

“Being fantastical beasts, the unicorns represent dreams, vision, and imagination. They are also a Christian symbol and an emblem of purity, and can therefore represent integrity and faithfulness.”

Regional considerations come into play. Edward Schreyer, who grew up in Manitoba, chose the bison for one side, and the moose of Ontario, where he lived later on. Romeo Leblanc put two dolphins on his coat of arms, a reference to being from New Brunswick and a former minister of fisheries. Adrienne Clarkson chose two tigers in honour of her Chinese heritage, having been born in the year of the tiger. No one will top Michaelle Jean, who crest was from start to finish an ode to Haiti, and featured two mermaids, or,

If we ever get a Greek governor general, perhaps the Sirens will appear.

Convivium of course wishes our new governor general well, and to all our readers, a most blessed Thanksgiving, in which we thank God for living in such a blessed country, and pray His blessing upon the Queen, and all who govern in her name.

Convivium editor in chief Father Raymond J. de Souza reflects on the new Governor General's recent remarks to the Canadian Science Policy Convention, outlining the connection between faith and science, and the importance of kindness and care for those around us.