As is so often the case in Canadian politics these days, Preston Manning said it most eloquently. "You integrated faith with things the world tries to keep separate," the former Reform Party leader and now silver eminence of the conservative movement said this week. "You are salt and light. You are a blessing."

The subject of his praise was Link Byfield, former publisher of Alberta Report magazine, policy activist, and politician. The occasion was a tribute hosted by the Manning Centre in Calgary for Byfield's lifetime of work and commitment.

The speeches during the evening were, like the best of Alberta Report's articles, fluid, succinct, unadorned, and humorous without trying too hard. They were speeches suitable for a fading journalist, which Link Byfield is, having been diagnosed this summer with terminal cancer. We know neither the day nor the hour, of course, but Link is taking alternative medicine treatments that sound enduring hope. Still, it is a heavy diagnosis that comes, too, on the heels of the death of the Byfield family matriarch, Virginia, in August, also to cancer.

There was every reason, then, for the evening to proceed in the mode of lamentation. It did not. On the contrary, it was a wonderful example of the conservative principle of examining the past for its presence in the present. As Ted Morton, a former Alberta cabinet minister and long-time political science professor at the University of Calgary, put it so well: "You cannot understand where Canada is today without understanding where it was in the '80s and '90s." And you cannot fully understand the '80s and '90s without understanding the contribution of Alberta Report.

From its founding in the early 1970s by Link's father, Ted Byfield, until its official demise in 2003, Morton noted, Alberta Report and its offshoots were the "Internet and Twitter" of the era for Canadian conservatives. He recalled being invited to the founding meeting of the Reform Party because someone had seen him quoted in Alberta Report. 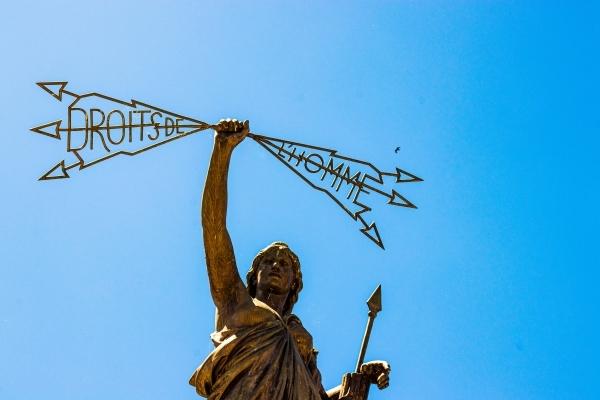 Can We Talk?
Edward Byfield
What we call politics

Preston Manning confirmed in his speech that 85 to 90 percent of those present at Reform's founding meeting had some connection to the magazine. Young 'uns in the conservative movement who assume Stephen Harper descended fully formed from the clouds in streaming sunlight might need help connecting the dots.

The founding of the Reform Party, driven in large measure by Ted Byfield's political vision, shattered the federal Progressive Conservative Party coalition of Westerners and Quebecers. It ousted the Tories after two terms of majority government and left the party with a mere two seats in the House of Commons. Reaction to the resulting federal Liberal hegemony caused creation of the Canadian Alliance Party, a precursor to the reunion of Canada's conservatives into a single party, and, ultimately, the election of Stephen Harper as Canada's prime minister.

There are more dots yet. Alberta Report alumni comprise a who's who of Canadian journalism. Ken Whyte, founding editor-in-chief of the National Post, cut his editorial teeth at AR, as it was known. Ezra Levant entered the media world in his inimitable style with a first column headlined "Confessions of a Reform Party Jew."

During Link Byfield's 18-year tenure as publisher and editor of the magazine, many of those alumni matured into direct contributors to the intellectual climate of the late 1990s when Canadian conservatism gained its credibility.

In his tribute, however, Preston Manning made the compelling point that it was not at the level of electoral politics that Albert Report, under Link Byfield, exerted its most profound influence. True, it gleefully shone light where the solons of the day would have much preferred the shadows be left undisrupted. It went further, though, in proposing solutions, advocating for causes, championing the right thing to do. But above all, Manning said, it offered an integrated sense of faith, ideas, and politics combined for the common good.

Alberta Report articulated an unwavering, at times fierce, faith in the necessity of a common life for Canada. And it gave faith itself—unapologetic, religious faith—pride of place in that common life. In his own summing up at the end of the tribute evening, Link Byfield sounded no regret for that approach, and no backing off of the need for new hands to carry the campaign on: "Think how much worse it would be if we had not fought the fights we fought."

Will the strong showing of Leslyn Lewis in the Tory leadership race revitalize a socially conservative conversation in Canada? Peter Stockland isn’t placing a bet on it.

Edward Byfield is an Albertan writer, publisher, and educator well-known for his influence and unique leadership style. Fewer, perhaps, know that he once hid in an air-conditioning duct to uncover a municipal scam.

What we call politics

Because of its place on the political spectrum, because it was born from deep conservative dissatisfaction with the previous Progressive Conservative government, Wildrose has the chance to give Albertans a vigorously effective opposition for the first time in a very, very long time It is true that P...