Cardus President and CEO Michael Van Pelt nailed the problem with the outcome of Wednesday’s Munk Debate on the failings and future of capitalism.

How is it, Van Pelt demanded at a post-debate breakfast Thursday morning, that about 3,000 self-evidently upscale Torontonians could settle into the uber-comfy seats of elegance-personified Roy Thomson Hall for the event, and by evening’s end fully 45 per cent of them voted in favour of a motion that: “The capitalist system is broken. It’s time to try something different.”

By observation of shoes and clothing alone, Van Pelt pointed out, it was noticeable that virtually everyone in attendance was a beneficiary of the capitalist system. Their very capacity to afford to be at the debate – in terms of time and money – was further testimony to the debt they owed our economic way of life. Yet almost half in the hall agreed that system, that way of life, needs to be replaced by that great mystical abstraction “something different.”

Well, the student of syllogisms at the back of the room would doubtless aver, the result might simply mean that those who took the “pro” side of the motion were better debaters than those on the “con.” But no. For two reasons.

First, all four of the debaters, two on each side, were remarkably sophisticated, persuasive, engaging marshals of fact, opinion, example, and anecdote. New York Times columnist David Brooks and Harvard prof Arthur Brooks, speaking against the motion, ably held their own against former Greek Finance Minister Yanis Varoufakis and Katrina vanden Heuvel, editor of the “progressive” Nation magazine.

In fact, Brooks and Brooks (the Brooks Brothers as vanden Heuvel dubbed them though they’re not related) actually gained two per cent in the final polling compared with the vote taken before the debate began. They were ahead 53-47 before anyone spoke. They stole two points, rhetorically speaking, and won 55-45. Acumen of argumentation was clearly not the issue.

But that’s precisely where Van Pelt’s “Houston, we have a problem” message resonated so powerfully. Even what he termed a “tepid” tip in favour of capitalism signalled serious disaffection with the system that feeds, houses, clothes, employs, entertains, and leads us to that happy place known as the Apple Store to buy the latest iPhone, MacBook, or to one of the subordinate technological variants available elsewhere. (Declaration of non-conflict of non-interest: Apple doesn’t pay me; I pay them, lots and lots and lots, and pray no really one notices the severity of my addiction). 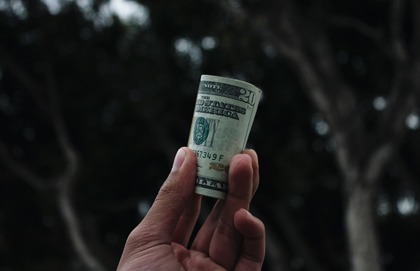 What does debt do to us?
Pseudo-Historic Patriotism
Laugh or Cry After COP26

When a plush crowd such as the one the Munk Debates draw twice-yearly to the heart of downtown Toronto is only barely half persuaded, by two pretty electrifying elocutionists, that capitalism a) isn’t broken and b) doesn’t need replacing, what might all those hustling home on the subway from +/- minimum wage jobs have to say? Put another way, I couldn’t help wondering, even as the debate opened, what the response might have been had the Munk organizers catered it more to commuters from Mississauga or, let’s get radical, flown in a planeload of Indigenous residents from some of Canada’s economically assaulted reserves where boil water advisories are read more frequently than the works of Milton Friedman by a factor of 10 kabillion or so.

I ask a genuine question, not a foregone trick conclusion one way or the other. Having attended the Canada 2020 organization’s fourth annual Indigenous Economic Conference in Ottawa last week, I have heard firsthand the sort of savvy, economically literate, capitalism managing skills percolating among First Nations across this country. As for Mississauga commuters, I have no doubt most who endure the gruelling, endless schlep that is life in the Greater Toronto Area know full well how their bread is buttered, even as they wonder if there’s a different kind of bread, a less bitter butter.

Therein might lie at least a partial answer to Michael Van Pelt’s perspicacious point. Those who have, might just have the luxury of imagining they want to have something else. Those who are just getting, or just getting by, might be forced to settle for the devil they know. As columnist David Brooks put it during the debate: “We’ve been talking about (replacements for) capitalism for 150 years. The experiments have all been run. They’re over.”

He’s absolutely right. It’s the analogue of the comment attributed to Churchill about democracy: the worst imaginable system except for all the others. Yet even among the four debaters, pro and con, there was a wrestling-with-a-fish-net sense that while what we have is probably as good as it gets, at least until something better comes along, there’s still an awful lot wrong that has to be put right.

“No one’s talking about burning it down,” insisted Yanis Varoufakis, the former Greek finance minister and virulent critic of the “absurdities” of capitalism.

“No one’s talking about burning it down,” insisted Katrina vanden Heuvel, publisher of the Nation and leading advocate of a new “New Deal” for Americans.

Well, maybe not on the stage they weren’t talking about burning it down. But in the audience, a settled count of 45 per cent expressed the belief that “The capitalist system is broken. It’s time to try something different.” Broken, not just damaged or flawed. In need of replacement, not in need of repair or high-mileage overhaul.

Somehow appropriately, it was at the follow-up Cardus breakfast where Michael Van Pelt nailed the problem of outcome that a profound discussion developed about the serious meaning of what the Munk debate unearthed. I want to write about that at fuller length in future columns. For now, suffice to say that the panel comprising the Brooks (Not Related) Brothers, along with my colleague Anne Snyder, recently appointed editor of our august Comment magazine, and publicly owned television station TVO’s Steve Paikin brought their focus less to the economic failings of capitalism and more to the cultural miasma of fear and exhaustion in North American life.

I don’t at all disagree those are critical elements of what ails us, and ail, yes, ail we most certainly do. But I think as critical is the combined effect of fear and exhaustion in producing a cynicism so deep and murky and toxic that it verges on the sin of bearing false witness against reality. It’s a cynicism truly rooted in the spiritual, not capitalist, disease of what my eternal literary hero, Lachine, Quebec-born Saul Bellow, called having “simply too much to think about.”

I think before we think about such grand abstractions as how to replace capitalism with something not-worse, we should all avail ourselves of the Over Thinkers Anonymous program, which in a mere 12,000 steps, teaches us once again how to take one step at a time even if our destination is a place of great debate.

What does debt do to us?

He suggests that those who see government debt as a guillotine hanging by a thread over the head of the American public have it wrong ...

So, is it that the 1812 celebration has naught to do with the turning of the calendar page, and everything to do with the federal Conservatives' fetishistic ardor for the Union Jack, Westminster, and other such sepia-toned Britishisms? If true, why not say so forthrightly rather than futzing around ...