In reading The Soldier Who Killed a King: A True Retelling of the Passion, by Ottawa’s David Kitz, I was aware of a certain déjà vu. The reason for that awareness became clear upon noting the bits of legalese on the requisite copyright page.

Previously published as The Soldier, The Terrorist and the Donkey King: The Other Perspective, a First Century Novel, 2003.

It all came back to me, then. I had read this before and, 15 years later, the narrative was returning, but with some extra background. In 2003, I was living in Ottawa, 10 years before returning to British Columbia. David Kitz, a high school teacher at the time, was writing as part of his desire to bring to contemporary consideration, many of the facets of the Biblical narrative surrounding the life, death and resurrection of Jesus. He combined his writing with some one-person drama presentations in which he would, for interested audiences, enact the responses and reactions of his various characters, to the Christ of the gospel. And I recall, he was good at getting his audiences into a keen understanding of those characters.

Today, Kitz is described on the Soldier cover as “a Bible dramatist and outreach minister with the Foursquare Church.” That latter reference brings another flashback, to the Foursquare founder, Canadian-born early 20th century evangelist Aimee Semple McPherson, who held forth in the Angelus Temple megachurch just a few miles down the road from the Hollywood star-studded action in its early movie-making years. McPherson, too, was a “Bible dramatist” who held audiences of thousands in her thrall. Just one instance: She is said to have roared down the aisle of her temple on a motorcycle in a cop’s uniform, shouting “Stop! You are speeding to hell!”

I digress, but please permit me one more meander.

David Kitz is active in a Canadian organization known as The Word Guild. It is a means for “writers who are Christian” to keep in touch, learn from each other and advance the cause of communicating through various writing genres. One way of accomplishing those objectives is to hold workshops exploring various means of communication including something called “creative non-fiction”.  In the past – and hopefully in the sometime future – this has been and will be done at annual Write Canada conferences. For now, it is happening through an on-line conference convened by journalist Lisa Hall-Wilson, and through several regional chapters of The World Guild, scattered throughout Canada. More information is available at https://thewordguild.com. 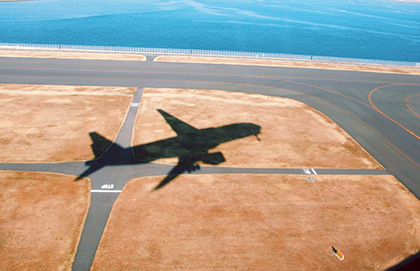 All of which brings us back to The Soldier who Killed a King. Kitz, as a dramatist, is successful, at least in the mind of this reader, in bringing the passion of Christ into a vernacular that weds the mindset and heart struggles of a Roman soldier with an audience that is 20 centuries removed from the action. He manages to connect by reminding us that the soldier is placed in the position of eyeing a motley procession passing through Jerusalem’s streets – not the leader of a movement that, even today, profoundly impacts around two billion people.

He narrates the soldier’s struggle to listen to two competing visions regarding the donkey king. One sees Jesus as a leader who will emerge as the King of the Jews and lead an overthrow of the Roman conquerors. The other, more accurately in historical context but then much less obvious, is the leader of a movement that would go on to the continuous reshaping global politics and faith.

Kitz’s draws on his dramatist’s repertoire to probe the soldier’s own mind and emotions as he carries out the task of observing the comings and goings of the donkey king before, during and after the resurrection that occupied what we now commonly recognize as “The Passion Week.”

Kitz portrays the deep, almost suicidal, guilt experienced by the soldier upon recognition that, at the foot of the Cross, he was in fair measure responsible for the death of Jesus. Spoiler alert: That sense of guilt is washed away when he encounters the risen Christ and recognizes that his death was not in vain. In that encounter he receives not only compassion but forgiveness.

In line with Kitz’s Foursquare convictions, the author portrays effectively the influence that Jesus’ healing activity has, both on the crowds following and on the soldier himself. The healing of the withered hand is affirmed in such a way as to communicate that the soldier has absolutely no doubt about what he has seen with his own eyes. (For background purposes: the implicit meaning of the Christian denomination of which Kitz is a part and a minister – the eight million member International Church of the Foursquare Gospel is couched in the firm belief in Jesus as Savior, Baptizer with the Holy Spirit, Healer and Soon-coming King.)

Indeed, the healing aspect of Jesus ministry is reflected quite obviously in various parts of the Pentecostal and charismatic movement of which Foursquare is but a small part. It is the concept of physical healing being a part of the atoning work of Christ on the Cross – prophesied in Isaiah 53 in the Pentecostal view, that provides significant testimony to the validity of the Christian gospel. (It should be noted that the healing aspect of the Christian gospel is not unique to the followers of Pentecostalism. But it is that part of Christendom which has brought aspects of understanding and emotional gravity to the subject of Jesus’ healing touch.

Kitz’s little tome (it is slightly under 300 pages) includes romance (the soldier loves his wife, Zelda) as well as an epilog that delineates the historical perspective of some of the key players, Herod Antipas, Pontius Pilate, Joseph Caiaphas, the Centurion and, of course, Jesus of Nazareth.

It also contains a set of end notes that enables the reader to tie the book’s narrative to the Biblical record, drawn from both the Old and New Testaments.

It is one of those volumes that enable a re-reading of the Gospel in a 21st century setting.