Andrew Bennett will take his message this weekend to the country’s largest annual conservative gathering but won’t be opining about the Tory leadership or the Trumping of Canada.

The former Canadian ambassador for religious freedom, now program director for Cardus Law and a senior fellow with the think tank, will make the argument to delegates to the Manning Centre Networking Conference it’s “imperative” they grasp the importance of protecting spiritual belief and practices.

Bennett is one of two Cardus program directors featured at this year’s Manning conference. Beth Green, program director for Cardus Education, will be on a panel with Deani Van Pelt of the Fraser Institute to ask whether school choice should be a priority for Canadian conservatives. 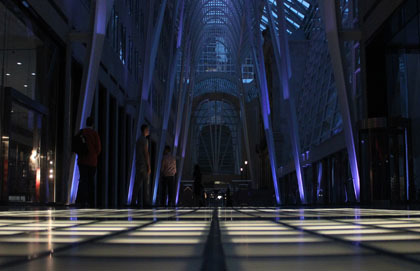 Desiring a Better Country
Cardus Law: You, Me, Community
London Murders Wound Us All

The Manning Centre Conference is billed as a “big tent” gathering for conservatives and Conservatives of all stripes. But while the 900 registered delegates this year will rub shoulders at the Ottawa Convention Centre in apparent common cause, there is always a feeling of all-in-the-family contestation between social conservatives and libertarians, professional politicians and grass roots purists.

The program for the 2017 version of the nine-year-old event is heavy on panel sessions such as “Down With The Elites,” “Digital Winners and Losers in the U.S. Election” and the “Future of Alberta Conservatism.” Suppression of dissent on Canadian university campuses also gets attention, as does the idea of pulling the plug on the CBC. Candidates for the federal Conservative party leadership will stage a two-hour debate this afternoon.

Sustaining freedom of belief is becoming a crucial concern on both sides of the Canada-U.S. border, and requires thoughtful response across the whole political spectrum, Bennett says.

Bennett, who speaks Saturday morning and will by interviewed after his presentation by Cardus Executive Vice-President Ray Pennings, welcomes the opening to talk a about religious freedom at an otherwise thoroughly political/policy event.

Sustaining freedom of belief is becoming a crucial concern on both sides of the Canada-U.S. border, and requires thoughtful response across the whole political spectrum, Bennett says.

Cardus Law has just released an academic research paper from the director of the Religious Freedom Institute at Georgetown University in Washington, D.C. Thomas Farr examines in the paper how American understanding of religious freedom is affected by the “free exercise clause” of the U.S. Constitution. Bennett notes many of its broad findings should get noticed in Canada.

“The Farr paper links directly to some of the challenges being experienced here in Canada,” he says. “We do see some common points of tension around the position of people of faith and faith communities generally in our public life.

Today, we continue our series of Policy Options articles that have emerged as a response to our Spirited Citizenship: Care, Conflict, and Virtue round table in Ottawa last month, convened in partnership with the Angus Reid Institute to mark Canada’s Sesquicentennial.