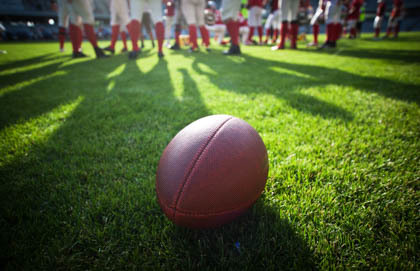 Millions of Canadians who wouldn’t give the CFL a passing thought during the regular season will no doubt find time to watch Calgary and Ottawa vie for northern football supremacy in the 104th Grey Cup game. For us Canucks, it’s the sporting equivalent of the national anthem. We just can’t sit it out.

Even players with lost-season teams such as the once mighty and dominant Montreal Alouettes will probably catch some of Sunday’s big Canadian game. One thing is for certain: they won’t be sitting on the sidelines.

For the second year in a row, the Als failed to make the playoffs in a nine-team league where three teams in each of the league’s two divisions carry on into post-season play. Worse, playoff contention seemed easily attainable at the end of last year until an early season reality check led to a coaching changeover and the appointment of Jacques Chapdelaine as interim head coach.

Now with a lost playoff berth, a frustrating season and an unknown future, it would be easy to think Chapdelaine would simply close down shop and cease all operation. In fact, it’s quite the opposite. Chapdelaine’s family is Canada’s equivalent of a multi-sport clan. And they are rooted in a Christian faith far more enduring than a seasonal won-lost record.

Kim, Jacques’ wife, serves as the assistant track and field coach at Langley’s Trinity Western University. Before her coaching career began, she competed as a multi-event track and field athlete herself. The children have competed at high levels in various sports leagues from the NCAA to the CIS as well as the CFL. You could call them the quintessential athletes in action. 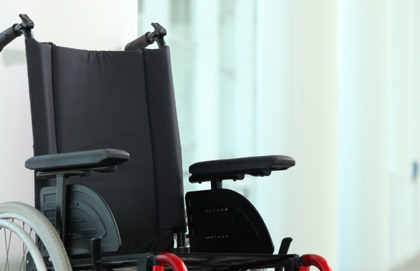 In Memory of Jack
Pigskin Crossing Pattern
Murders and Meaning

Before the 2016 CFL season started, Kim found herself back in Montreal for the summer months. It was there that she had quiet time to reflect and prepare on not only her husband’s season with the Alouettes, but also on her next season with her own athletes. After months of walking up and down the staircase of Mont Royal, she came to the discernment that today’s Christian foundation is cracking; in fact, it’s disintegrating very fast. She also realized that the athletes the Chapdelaine family has the opportunity to coach can become the mortar that fills those cracks. To Kim, students and athletes are the next generation able to help fill and heal the divides within society.

Moving on from her own highly-athletic youth, Kim knew there were certain values she wanted to carry through with her own family, as well as some values that she was completely comfortable leaving behind. Athletics taught her numerous principles that she knew she wanted to instill in her own children; specifically, that of success and determination. Both she and Jacques competed for Simon Fraser University on full sports scholarships. It was their goal to encourage their children to do the same. From a young age, they made sure their three children knew that they, as parents, would not be paying for any part of their university tuition. This was not to frighten them, but to push them to a point where they understood discipline, passion and confidence. More importantly and beyond these important values, they also fostered a strong Christian foundation.

Christian faith helps drive the impact they as a family hope to have on athletes and students alike: to see lives transformed.

Christian faith helps drive the impact they as a family hope to have on athletes and students alike: to see lives transformed. The idea of coaching and being a mentor is much bigger than the sport itself. As the assistant coach, Kim’s job entails much more than directing students out on the track. She serves as an advisor and spiritual guide for both people of faith and those who might still be seeking for something more. In addition, setting the example of Christ’s love means that she is able to help generate some sort of foundation for students.

For Kim, coaching at a Christian university had always been a dream. Trinity Western provides her the opportunity to move past a solely academic-based focus and introduces a faith component, something she says is vital to the way she and her family live their lives.

While she isn’t standing in the middle of a field screaming “Hallelujah!”, working as a coach gives her the opportunity to marry her faith and athletic interests. In the end, there is a grounding, a solidified foundation that both Kim and Jacques as well as their children can come back to.

As for their family –losses, failures, and setbacks – these things are of small concern compared to the grander game plan. When all is said and done, athletics are their chance to show their faith and to encourage their athletes to do the same.

Millions of the Canadians who will watch Sunday’s Grey Cup may not give the place of faith in athletic life a second thought. But for the Chapdelaine family, the greater game plan is the one that truly matters.