Among Christmas delights are many centuries’ worth of marvellous music that brings joy, transcendence and in my case a great gift of humility because I can no more make that sound ring out than I could make the star over Bethlehem shine.

Many years ago someone played me the Traffic song “Roll Right Stones” and it lodged instantly in my brain. But one thing and another kept coming up, the busy years went rushing by, and it was a quarter century before I finally took advantage of this Internet thing and got hold of a copy. It was profoundly humbling.

Not because I’d long carried a torch for an embarrassingly bad song. On the contrary, it was even better than I remembered, an intricate dance of rhythm, melody and harmony, brilliantly performed and haunting. But I was powerfully struck by the realization that I was privileged to hear people doing something I not only could not do, I could not begin to grasp what they were doing, let alone how.

When Psalm 100 says make a joyful noise unto the Lord, it doesn’t mean me. My habitual key is B quiet, going from piano to forte in short order if I don’t comply. To me music is sort of like being a kid locked out of a candy store.

If I burst into song, people burst out of the room, followed by the piano, hobbling on three legs to seek a restraining order. Drums beat me. You get the idea.

Or maybe not. My readers will possess an astounding range of musical gifts generous or stingy, distributed apparently almost randomly. Plenty of you, in the presence even of music you don’t enjoy or aren’t listening to, will know the time signature without having to stop and think, as readily as I would know the colour of the walls. Do you realize we’re not all like that?

Some who aren’t can still find the beat quickly if they try. But others, including me, struggle with such basics with shockingly poor results even with songs I’ve known and loved for years. Um, yeah, it’s 4/4, see it goes ONE two three four ONE two three ONE… no wait, was that five… uh….

I’m not complaining, mind you. Not any more. Even putting aside that all talents are an undeserved blessing, I finally realize I have been given enough that whining would be fatuous as well as petty. And that sometimes no talent is a real cool talent.

Music that appears effortless, music where the struggle is achingly felt in every note, simple music, bafflingly complex music, sad songs, haunting songs, joyful songs, marches, all leave me mute with admiration and wonder as well as in compliance with that court order, precisely because I know it is something neither I nor the world would have were it not for gifts I was not given.
Related Stories 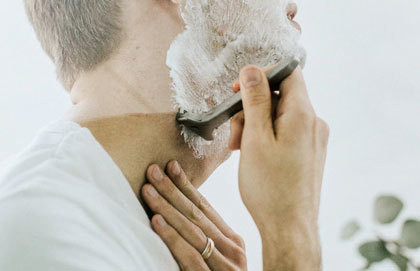 Some of mine are as obvious as my failings, like the gift of the gab. (Yes, it’s both.) You might not expect me to fell a mean tree. But you won’t be amazed that I was once quite good at chess. Or very good at math, which often goes with musical talent.

Not in my case. In my 20s, in a last ataxic lunge at the piano, I happened across Alfred’s Basic Adult Piano Course and was astonished to be told, finally, that the basic harmonic structure of music was essential to getting anywhere. Yes, the interplay of tonic, subdominant and dominant (say after me: “I IV I V I”) that, I say with some bitterness, NOBODY EVER TOLD ME ABOUT WHEN I WAS FORCED TO STUDY MUSIC AS A KID.

Couldn’t they see that I needed help? Did they assume everybody knew? Do some people understand it so instinctively they don’t need to know abstractly? I’m still trying to figure that one out. But even after getting the core mathematical structure of music, which greatly simplifies reading and remembering songs and even teaching music basics, my hacking at the keyboard has the same relationship to real music as scorching a fried egg has to cuisine.

Where is the redemption in that, you may ask, drumming your fingers in what might be 7/4 for all I know. It lies in the fact that I’m not actually locked out of the candy store at all. I get to taste the stuff. I’m only tone-deaf on the output side. And while my eclectic tastes might empty some rooms almost as fast as my singing, I enjoy everything from accessible classical to real country (Boxcar Willie) to hard rock.

I don’t often get transfixed, chills running up the spine. But it happens. Consider just the slow, deliberate instrumental guitar in Pink Floyd’s "Shine on You Crazy Diamond." If it had never been written nobody would be asking hey, where is that thing? Yet there is not just a rightness, but an inevitability about this unique creation, free will and Divine plan meeting.

Music does that to me. And more, precisely through watching people making a dance I cannot perform at all seem effortless. Of course, I recognize the hard work necessary to bring music as a talent to fruition. But in the end you get the art that conceals art, the fingers flying or lingering just so, exactly right, including in a live guitar solo, intuition and technique meeting in a place I can see but not reach.

For instance, I recently also tracked down Red by King Crimson after many years and found it even better than I remembered. And once again I was awed, and humbled, by the intricacy, the power, the rightness of remarkable songs I am inexplicably privileged to enjoy. During my quest, I got distracted online and began reading about the album, the band’s dynamics, the critical reception and so on, and discovered that the lead track changes time signature repeatedly. Here’s the key passage from Wikipedia: “the title track, a driving, hard rock instrumental…. features multiple time signatures including 5/8, 7/8 and 4/4. Its polyrhythmic melodies use whole tone scales.”

Now I actually do understand what those words mean. But I would never have noticed it. I don’t think I can discern it now. Yet somebody gave that insight away as though such things came to them dozens of times a day. As perhaps they do. And somebody gave me the music. I don’t mean I didn’t pay. I mean it was there to buy.

Music that appears effortless, music where the struggle is achingly felt in every note, simple music, bafflingly complex music, sad songs, haunting songs, joyful songs, marches, all leave me mute with admiration and wonder as well as in compliance with that court order, precisely because I know it is something neither I nor the world would have were it not for gifts I was not given.

To enjoy music because you have talent is also wonderful. There is no hierarchy here, just variety. But to me, music is humbling in the best sense because to me it is pure gift.

Gillette has tried to make profits from selling social good. But where marketing and politics mingle, there lies danger, warns Peter Stockland.

On Canada Day 2018, Convivium contributor Brittany Beacham urges Canadians of faith to take time to pray for the country we love, and those who lead it. Speaking from a Christian Mennonite perspective, Beacham beautifully voices the truth across traditions that to fully honour God, we must ask His blessing on those who work in our service.