Ray Pennings: Welcome, all, to this discussion of education reform in Canada. Knowing that among our many guests here tonight we also have a large number of participants from the Manning Conference, I’m going to make an assumption that at least some members of the audience we’re talking with tonight are conservative political activists. Thinking from that perspective, my hope is to offer a bit of challenge as to why education, and religious or independent education in particular, is a third rail in conservative politics.

I want to make the argument that when we think of reform in education at large, we need to include in our thinking the independent school sector. We need to think about introducing market principles into the delivery of education to create innovation. That’s very much how Cardus’s work on education has proceeded . . . I’m a fan. I sent my own son to independent school, and am a believer in the independent school movement. But I believe in the traditional arguments associated with parental rights. Obviously there’s a faith motivation behind my own decision, but when I think of education reform at large, Canada is significantly out of step with the rest of the world in the sense of having real parental choice.

Even in the public education system, I was making the case to someone today that really what we have is postal-code-determined education for most Canadians. Based on where you live it’s automatic where your child goes to school. The reality is, there is little diversity in the experience of most Canadian children in their schools, which reflect the social economic makeup of their neighbourhoods. So we’ve got wonderful macro data about the diversity of our education system, but for the experience of any given child, it actually is not that diverse.
Cardus over the last decade has been doing major survey work on the outcomes of education. We’ve been interviewing adults in both Canada and the United States, 29 to 39 years old, and asking, “Is there a school-sector effect in terms of spiritual outcomes, academic formation, and cultural engagement?” Whether you went to a government school or a non-government school, we’ve got tons of data, and there’s a lot of nuance in it.

But I think the point we see in these surveys is that there are a variety of ways to deliver quality education, and that if we ask, “Is education reform possible?” I want to put my thesis out there and answer yes. But for conservatives to do that, it requires the introduction of market principles to drive innovation in education. That’s my opening salvo. 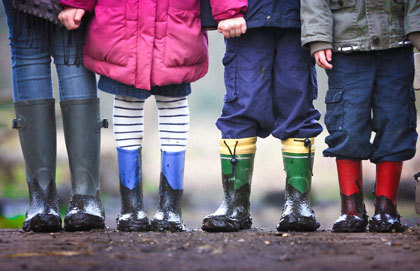 Danielle Smith: Thank you, and let me go to Deani Van Pelt. I have a theory about why it is that education is the third rail in conservative politics. I’ll propose it to you after we’ve heard Deani’s comments. Deani has a very long title with a lot of different roles, one of them being that she is a senior fellow at Cardus. Deani, go ahead.

Deani Van Pelt: Good evening, everyone. For the last eight months, I have headed up an industry association in the independent school sector. It’s a new association of independent Christian schools in Ontario, and we don’t have a similar organization in any of the eastern provinces, so hopefully I’ll be able to work with the six provinces across the country in the independent school sector, advocating for the sector. Something I noticed four years ago when I started as the director of policy for the Fraser Institute, and we took a look at how our conversation was going across the country in terms of understanding the education sector and market principles in the education sector is that we actually didn’t even have an overall sense of the national landscape on education.

So that was one of the first things we did. We said, “Let’s hear from all the ministries.” I would actually just like to know: What share of students in each province attend a government school? What type of government school? What share attend an independent school, and what share of students are homeschooled? We just pulled that together. It turns out that was kind of radical. No one had done that. I happened to notice a few months ago that Statistics Canada in November produced a very similar chart.

So it’s great to have these national snapshots of what’s going on in the country, and what we did indeed find is that the independent school sector is very small in a place that has an enormous amount of diversity. It’s the province of Alberta. So you have one of the smallest non-government school sectors in the country. Why? We can talk about what that answer might be. We definitely learned that, province by province, each one of our stories and the way we design and deliver education is different.

So my answer to the question, Is education reform possible in Canada? would have these two caveats: Yes it is possible, first, if we’re willing to learn from one another and have more conversations across provinces, and second, if we’re willing to learn from other countries across the world. I think Ontario can be encouraged to start looking elsewhere for really good solutions. I’ve just met a great organization out of Geneva called Oidel. They produce an index of education freedom, and they’ve got a book and you can just flip through it. It’s one page per country. I learned so much about non-government school delivery in every single country across the world that my imagination was fervid with possibilities.