Three young Israeli boys, Eyal Yifrach, Gilad Shaar and Naftali Fraenkel, were kidnapped in Hebron in June 2014 by Hamas while hitchhiking home from school. I had been in that place, that beautiful community, just a week earlier.

In the ensuing weeks, Israel sought those responsible in Gaza. Hamas responded by firing rockets at Jewish settlements, communities, even at Ben Gurion Airport in Tel Aviv. Israel responded with air strikes, ground troops, the destruction of terrorist tunnels. The death toll on each side mounted through the summer. What Jew, or even friend of the Jewish people, could not feel anxiety, agony, watching Israel fight, yet again, for her very existence?

I watched. I watch. I know I will soon be obliged to watch again. And my heart is breaking.

The Jewish people have faced adversity for thousands of years. But we always remain hopeful. As Rabbi Jonathan Sacks, the former senior rabbi of Great Britain, recently wrote, "No Jew worthy of the name abandons hope. The most pessimistic of the prophets, from Amos to Jeremiah, were still voices of hope."

It is said the best revenge is to live a good life. And that, to me, means looking forward with hope, never back with resentment. That describes the actions of the Jewish people.

I was in a very special place in Israel this summer, in the land of milk and honey, at a kibbutz called Yad Mordechai (literally, Memorial of Mordechai) that speaks to heroism and hope. Originally called Mitzpe Yam, it was renamed in 1943 in honour of 23-year-old Mordechai Anielewicz, hero of the Warsaw Ghetto Uprising, for whom a memorial was dedicated in 1951. The memorial carries within memories from the time of David through the poignant history of the Warsaw Ghetto to the 1948 Israel War of Independence.

Nestled on the coastal plain, six miles from the southern beach town of Ashkelon and near the Erez Crossing, this kibbutz is still thriving, producing olive oil and honey. Kibbutz Yad Mordechai supplies 50 per cent of all the honey consumed in Israel. Miraculous and mocking.

"Sweetness pours from a place once covered in blood. God truly works in wondrous ways."

The hero, Mordechai Anielewicz, was born in 1919, in Wyszków, Poland, near Warsaw, into a workingclass Jewish family. In January 1940, Mordechai became an underground activist. In the summer of 1942, after the Nazis first took action in the Warsaw Ghetto to remove the Jews, Mordechai entered the ghetto to discover that only 60,000 Jews of the original 350,000 remained, and there was but a remnant known as the Jewish Fighting Organization. He began preparations to save his people.

On May 8, Mordechai was killed at the resistance's headquarters, a bunker known as Mila 18. Little did he know that he would become a role model for the many young men and women who would fight to defend the newly declared State of Israel.

Mordechai's last letter, written from the ghetto on April 23, 1943, is a testament to the pride he had for his people. 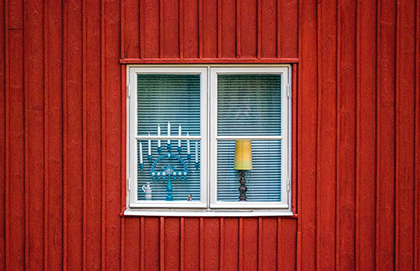 "I feel that great things are happening and what we dared do is of great, enormous importance . . . . The dream of my life has risen to become fact. Self-defence in the ghetto will have been a reality. Jewish armed resistance and revenge are facts. I have been a witness to the magnificent, heroic fighting of Jewish men in battle."

Nathan Rapoport created the sculpture of Mordechai at the kibbutz. Born in 1911 in Warsaw, Rapoport is well known for his monuments to the daring of the Jewish people. The statue of Mordechai is without question a symbol of heroism and was chosen well for this kibbutz as his exploits, his bravery, his love of his people reminded the Jews of the times before, of the great soldiers of the past; and his memory brought courage to the kibbutz, as history has proven. Ironically, Rapoport's sculpture commemorating the Ghetto Uprising, the Ghetto Heroes Monument, was unveiled in Warsaw in April 1948, just one month before Arab states attacked the nascent country of Israel.

The bronze, concrete and stone statue of Mordechai is in the centre of the kibbutz, on a hill facing north, embraced by a grove of trees. He stands defiantly, head up and eyes forward—looking into the distance or perhaps the future, almost serene. His left arm is reaching slightly forward, muscles clearly outlined, and in his right hand, slightly behind him, he is holding a grenade.

Rapoport understood the thread of hope and heroism that weaves through Jewish history and connected the warriors of the Warsaw Ghetto with the kibbutzniks who fought valiantly in the War of Independence by dressing Mordechai as a member of the kibbutz and placing him in front of the water tower that was damaged in the war.

There is a stone plaque at the foot of the statue that reads: "'My last aspiration in life has been fulfilled, the self-defence turned into a fact—I am content and glad that I was among the first of the Jewish Fighters in the Ghetto.' April 23, 1943."

When I stood at the foot of the monument, looking up at the face of Mordechai, I had the sensation that I had seen this before, felt similar emotions before. There was a memory waiting patiently for me to recollect. And then I did: This sculpture evoked the same feelings I had experienced when I was in Florence, in the Academia, standing at the foot of Michelangelo's David. For me, now, the two men are forever entwined.

Michelangelo was known to have unyielding faith in God, which is said to have been his motivation for his artistry. Unlike all the other representations of David, where he is depicted as a young boy, his David stands tall: 17 feet tall, in fact. Michelangelo wanted his David to represent everything that is good in man. He is well muscled, like a beautiful Greek Adonis. His right hand holds the stone gently, while the slingshot is slung confidently over his left shoulder. It is his eyes that call to us.

They are large, wide open, focused somewhere up and out in the distance, perhaps into the future, filled with an intelligence and calmness that belies his years. He has an air of confidence about him, a sureness. This David resonates strength, not from a sense of might but rather from the confidence that comes from right, from inner strength and not brute force.

I wonder if Rapoport studied the works of Michelangelo, because the sculpture of Mordechai speaks to the same place in my soul as David. Both David and Mordechai rose above expectations, like fighters punching above their weight. They appeared small in stature but did great things, reminding the Jewish people of the promise of the land of milk and honey.

"Memory is the scribe of the soul," said Aristotle.

The small group of Jews at Kibbutz Yad Mordechai was well aware of Mordechai and his heroism when the Arab states attacked the budding Jewish country in May 1948. This kibbutz was a strategic point controlling the road from Gaza to Tel Aviv.

Kibbutz members dug communications trenches, sandbagged firing positions, including a pillbox, mined the perimeter fence and withstood the attack of the Egyptians, who sent their 1st and later 7th battalion with air, tank and artillery support: 1,000 soldiers against 130 people with 55 light weapons. Some might say there was in this the invisible hand of God, the pillar, the cloud, ever present, ever protective.

On May 19, the water tower was hit. The kibbutz was evacuated as more than half the defenders had been incapacitated or killed, and there was no possibility of reinforcement. Yad Mordechai stood strong for five miraculous days, giving others time to get into position to defend Tel Aviv.

I stood above that battlefield, looking down on the life-size re-enactment and marvelled at the courage of the few against the many, a Jewish theme that replays far too often.

While the battle was taking place on the field, another was taking place behind the scenes. As Egyptian troops advanced towards Yad Mordechai, concern was raised about the bees in the apiary, which had been established in 1936. The art of honey making had become the mainstay of the kibbutz. Some members wanted to send the beekeeper away to the north with the hives—against the wishes of the beekeeper. He lost the battle to stay but was able to return with the bees once the fighting was over.

Today, 6,000 hives are taken on the rounds of the country's orchards from north to south so the bees can feed on the nectar of blossoms from orange, lemon and eucalyptus trees, cotton plants, wild flowers, avocado and plum trees, and hyssop plants. During its life, a bee flies an average of 800 kilometres. The Hebrew word for bee is devorah. That is my Hebrew name. It comes to me through time, from Devorah, prophetess, judge and warrior; a connection from past to future, an acknowledgment of our eternal hope.

While on this trip to Israel, I had the opportunity to visit with Rabbi Reuven Tradburks, who had made this trip possible for he is the one who encouraged me to live while I was lost in the darkness so many years ago. We were in the Kotel, the Western Wall, when he said to me, "We are living in storied times of Jewish history. The exiles are being gathered into the land, whether it is by divine hand or divine wink. There is a feeling of the redemption dawning."

These are storied times in Israel. Hope is in the air despite all that is happening to the Jewish people, again. Before I left for Israel, I learned that Pope Francis would be there. Talk about storied times and hope. I didn't get to meet him or hear him as I had hoped. What was most important, though, were the words of this Pope, a man I respect, who carries forward the work of the Second Vatican Council, bringing hope to the relationship between the Jews and our younger Christian brothers and sisters.

"I am convinced that the progress which has been made in recent decades in the relationship between Jews and Catholics has been a genuine gift of God . . . . Mutual understanding of our spiritual heritage, appreciation for what we have in common and respect in matters on which we disagree: all these can help to guide us to a closer relationship, an intention which we put in God's hands. Together, we can make a great contribution to the cause of peace; together, we can bear witness, in this rapidly changing world to the perennial importance of the divine plan of creation; together, we can firmly oppose every form of anti-Semitism and all other forms of discrimination. May the Lord help us to walk with confidence and strength in his ways."

This is my hope, too. That the Jewish people will have peace on earth, free from the anti-Semitism that runs through the veins of far too many. It is my hope that with the help of our brothers and sisters, the Jewish people, my people, will be able to put down the sword and pick up ploughshares for eternity.

As Hanukkah begins this weekend, Valerie Michailovich reflects on the story from which the holy season stems, and Canada Post’s issuing of stamps commemorating it.

Art that Reaches Up

Reverence and the Rule of Law

As Canada’s Parliament is convulsed by a cabinet-splitting controversy that goes to the heart of our legal system, Ottawa Rabbi Moishele Fogel has released a research paper on the vital role of ancient Jewish law, Halacha, in sustaining identity and relationships. The full report can be read on the Cardus Religious Freedom Institute web site. Rabbi Fogel has kindly provided a timely summary for Convivium.