A petition by young people vowing to remain childless in the name of climate change floated across online platforms and garnered Canadian media attention this past fall. But it isn’t just unmarried university students who have considered climate change a worthwhile reason for avoiding pregnancy.

The verdict has been out for sometime as to whether having children in an ‘era of climate change’ is immoral, unethical, cruel and so on. As Christians, Luke Wilson says he and his wife struggled with this issue — not necessarily whether or not they would have children, but how many.

“I think part of that (decision) was the recognition that the earth is pretty full, and we're putting a lot of pressure on our resources right now… That’s just something personally we had to reckon with,” the CEO of A Rocha Canada says.

The Wilson family has three children, though that was more than they had initially planned for. But as the leader of a Christian environmental organization, Wilson says the discussion around having a smaller family was stemmed neither from fear, nor alarmism. Rather, it was a sense of responsibility and obligation that fuelled the discernment, both from Christian and climate change perspectives.

“We do come from a Christian background, and certainly the blessing of kids was something instilled in us. We always dreamed of having a family,” he says.

A Rocha is an international conservation organization that focuses on education, science and food. Its mission is about “transforming people and places by showing God’s love for creation.”

Wilson’s tone when speaking on climate change is consistent with that of A Rocha: inspired not by anxiety and worry, but rather a love for creation and responsibility to the planet — a different experience altogether from many climate change activists, and even the population at large. 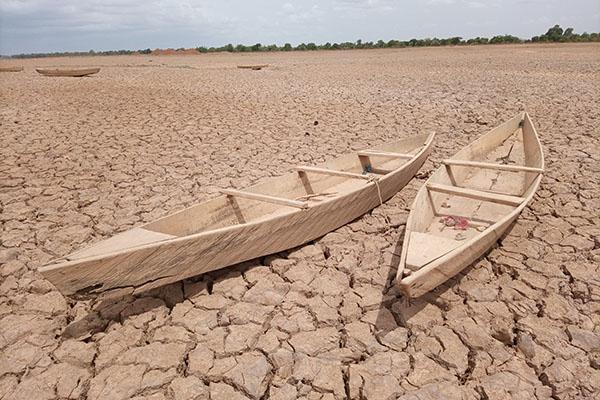 “It's out of a response of love to God and what He's created. It (our work) doesn't come from the same place that a lot of other environmental organizations probably come from, other organizations being more directly politically focused, or advocacy based, or even naturalists focused. We're really grounded in this sense that we're doing this work out of a response to God. I think that's what makes us unique.”

Three years ago, the American Psychological Association studied the effects of climate change fear, or “eco-anxiety,” on mental health. A press release following the study reads:

“Climate change-induced severe weather and other natural disasters have the most immediate effects on mental health in the form of the trauma and shock due to personal injuries, loss of a loved one, damage to or loss of personal property or even the loss of livelihood, according to the report. Terror, anger, shock and other intense negative emotions that can dominate people’s initial response may eventually subside, only to be replaced by post-traumatic stress disorder.”

But environmental anxiety is affecting far more than adults planning their families (or lack thereof), and students skipping out on lectures to march in climate strikes. Children coming home to their parents, afraid of imminent doom, has become a recurring headline over the last year. Wilson suggests the significance of teachers’ authority, and their lessons can have lasting impact, making this an important issue. But other, more effective solutions, he says, need to combat the anxieties. One parent’s response suggests teaching children to love and wonder at the world, instead of fearing it. Wilson concurs.

“People hold onto those moments from their childhood where they looked up into a huge canopy of trees and saw a Great Horned Owl, and they go, "Oh, I remember that. That moment was magical. It was mysterious.” Their life is impacted by that in a positive way, and it leads towards future choices or love, where they're acting out of a sense of stewardship and responsibility.”

Wilson explains that combating climate change fear with experiential learning and a focus on stewardship is more effective than fear-based alarmism. The discussions surrounding climate change often involve looking at and fearing the future. But fear is not the Christian response, he says. Rather, we are better off looking for hope in the face of uncertainty.

“When we get into conversations around God's love for his world, does that mean just people, or does it mean more? If it means more, what does that look like? What do we do with that?”

This, he says, is a Christian response to climate change.

“We (A Rocha) like to take those conversations into this sense of hope and move people to experience. Then, to not be pedantic or theoretical. When a student is able and ready, if a model of an ecosystem can be used to understand climate change, I think that's another approach we use to just say that, as ecosystems are complex and intricate, so is the climate change discussion.”

The climate change conversation can be polarizing, as deniers and activists can get heated when speaking about a warming world. Wilson thinks there is a need to start talking across these divides in a healthy way—and not limiting these to social media.

“I think so much of our Internet communication is unhelpful, harmful actually, and we're not talking. We're just yelling at each other. So, I would see more face-to-face engagement, more around the table, around the dinner table, more conversation in our churches, that really is relationship-based and not fighting for ideology or issues, which climate change pulls us towards so quickly.”

Seeing the Greening of Canadian Politics

A question period in his university class revealed to Ben Roy the likely shift in our policy and culture as his Millennial peers and future voters apply an environmental lens to every issue.

Changing the Meaning of Climate Change