A couple weeks back I set out some criteria to help discern whether a strike is justified or not. These lists provide helpful buckets into which we can place events before evaluating them.

But they need to be understood for what they are: a tool to help us understand the mess of life. As with most of life, the events of labour relations are as likely to slop all over the sides of buckets and make a big mess on the floor as they are to stay in the bucket. How messy can it get? Well, recent labour strife in the Lonmin platinum mines in South Africa give us some indication . . .

So unusual were the negotiations that even the Commission for Conciliation, Mediation and Arbitration (CCMA)—which does nothing but deal with disputes—was caught by surprise more than once. Such as when one of its mediators was threatened with forceable circumcision, or when the workers reduced their demand by 0.008%.

Got that? No? Let me repeat it one more time for the sake of perspective: one of the "mediators was threatened with forceable circumcision"! This, I think, is an important thing to keep in mind when we consider the gravity of labour strife in Canada. And, as we later learned, the situation there got far messier, when police opened fire on striking miners, killing at least 34. 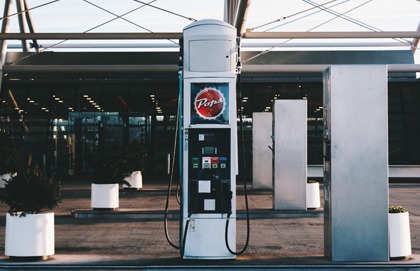 These events don't make my earlier categories useless, but they should cause us to think hard about a few things. The first is for unions in North America to consider our relative goods when making decisions about taking strike action here. In the grand scheme of global justice, is protecting a perpetual sick bank really where the action is? Is it the most prudent expenditure of union capital and energy?

The second is to accept the fact that in deciding questions of strikes, we must learn to "make peace with proximate justice"—even if principles of justice were violated in the course of events. What do we do when the dust settles and a deal is eventually inked? What do we make of the great and complicated factors giving rise to the strike, including unions which seemed to neglect their members? How do we work towards "brotherly union and concord" when men have been killed? What do we do in situations where the discord is less grave?

This, I think, should cause us to think more deeply about the human element of work. This came home to me as I read a report from South Africa's Mail and Guardian:

If you are looking for a hero in the fraught talks that resulted in Lonmin workers returning to their shafts this week, there are many to pick from: the worker delegates who convinced their comrades to step down from a demand they had vowed to die for, the company that accepted a deal it may not be able to afford, the mediators who kept the wheels turning, the clergy who broke through the deep mistrust of workers, the traditional leaders who wielded their authority, the unions that helped those who threatened their authority, the government that stepped aside instead of asserting its authority.

Note the wide range of humanity and institutions at play here: clergy, government, tribal leaders and kin, unions, corporations. In short, a multiplicity of responsible actors and institutions each brought their own authority and craft to bear on a situation where death and mistrust reigned. This may not be the end of the strife in the sector—heaven knows that it probably uncovered as many stress cracks as it repaired—but it's a messy start.

Ken Lewenza, the head of the union representing the workers at the EMD plant, suggests that the closure "open[s] a door for multinational corporations to feel confident they can do whatever they want, to destroy communities and the lives of people and get away with it In a richly ironic way, Mitch D...