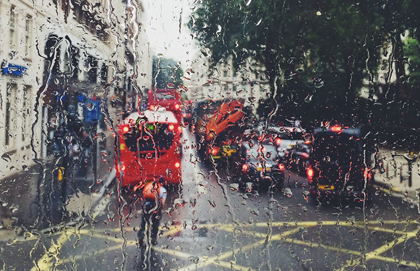 Around Christmas, I began the practice of highlighting the phrase “steadfast love” in red in my Bible. I wanted to know it. I longed for it. You see, the problem with being a rather melancholic, introverted pragmatist is that my life is not defined or even roughly shaped by romance or intimacy. That’s not to say I do not love. I do, but I love selectively with a deep, heart and MIND, kind of love that takes time to grow. It’s rarely love at first sight. Often, to love is as much of a decision as it is a feeling. One of the most defining moments in my relationship with my husband was when he tried to break up with me after about six months of dating. He said, “My heart isn’t in it.” To which I replied, “Ben, what happens when you wake up next to your wife and your heart isn’t in it?”

Fifteen years later and here we are: loyal, deep, heart and mind.

You can see why I was intrigued by this phrase that popped up everywhere from Exodus to the Psalms (in the English Standard Version). I wanted to know it. I wanted to experience it. After all, we felt a bit like we were in the desert, similar to the Israelites: wandering and waiting.

Just after Christmas, Ben came across a job posting similar to the hundreds of other job postings he had read and applied for since completing his Masters degree six years ago.

The job seemed to have the potential to be everything he was looking for: a full-time job, in music ministry, with an evangelical, Christ-centred foundation. The only catch: it was in England.

Much to our surprise, they immediately responded because as it turned out, Ben was everything they were looking for and they wanted to interview him. Conveniently, we had already planned a trip to Britain in February but truth be told, it was hugely to provide closure. We used to live in the U.K. Ben did his Masters degree at the University of Cambridge. We fell in love with it, wanted to stay but couldn’t and had always been looking for an opportunity to return.

As Ben says, we left part of our hearts there. Year after year, Ben would go on the job hunt hoping something might come up, but nothing ever did. So finally, this past year, we bought a new vehicle, invested in some proper furniture and resolved that perhaps we were meant to stay in Canada. We wanted to go back one last time, however, to say goodbye and tie up loose ends.

We nevertheless, took one day of our trip to travel out to the little village of Chalfont St. Peter. Located just 20 minutes outside of London on the edge of the Chiltern Hills, it was everything you would picture a little English village looking like. The trip was not only so that Ben and I could see for ourselves the town and the churches. It was also so that the staff could meet Ben, the council could interview him properly and, let’s not forget, allow Ben to show off his vast range of musical talent. They were so impressed they offered him the job on the spot.

We were thrilled and immediately began making plans to move our family of five across the ocean. Little did we know the anxiety and uncertainty that would threaten to overtake us in the next four months.

It would seem that for us, no matter how much of a buffer we give ourselves, it’s always down to the wire. Here’s what I thought in my head:

We could apply for a visa three months prior to the start date: April 9.

It takes up to three weeks to get a response, which would put us at the beginning of May. Then we could apply for a transfer of residence, which takes up to six weeks. No problem.

But there were many problems. First, the hiring institution had to get a certificate of sponsorship. This application supposedly also only takes three weeks but the application wasn’t submitted until the end of April and, of course, took longer than three weeks.

In the meantime, we had given our notice to our landlord and had to be out by the end of June. I had made arrangements to ship some of our belongings and had already changed the pick-up date once. Registration for school, fall daycare, Girl Guides, dance and hockey came and went and we still had no confirmation that this was actually happening. All the while, Ben was busy writing his candidacy exams for his doctorate.

I finally took the plunge and booked plane tickets because, as each week passed the price climbed. I booked the flights for the end of June. No problem, right? Lots of time….

So we were now at the end of May and we finally received our sponsorship number. Immediately, we applied for our UK visas and they were expected to arrive on June 18th.

Except June 18th rolled around and still no visas!

Anyone who has known me for all of five seconds can tell you that I am a type-A planner. I don’t do well with the unexpected. I always have a plan—a well thought-out plan. When corresponding with the people who would be hosting us upon arrival, the response to my email was, “What a wonderfully comprehensive, logical, thorough, clear email.”

I appreciate people who appreciate my attention to detail, and yet it makes adapting to alternative routes especially difficult. I have developed some coping strategies over the years. Goodness knows we rarely take the route I had planned, but there are some situations in which no coping strategy is strong enough medicine to treat the anxiety.

That’s where steadfast love comes in.

Just after our visit to the U.K., I read Psalm 107. It’s written like a song. After all, that is what a Psalm is. The chorus sings, “Then they cried to the Lord in their trouble and he delivered them from their distress…Let them thank the Lord for his steadfast love, for his wondrous works to the children of man....”

Each verse that precedes this recalls a time of trial (often caused by the Israelites’ own disobedience) and God’s magnificent rescue. The first verse tells the story of how they wandered the desert and then, where the first ellipses is, the line reads, “He led them by a straight way till they reached a city to dwell in.” The chorus ends, “For he satisfies the longing soul, and the hungry soul he fills with good things.”

I read this Psalm every day and whenever I felt anxiety punch me in the gut, I repeated the words, “His steadfast love endures forever.”

The Scriptures remind me, however, that I can’t think like this. Rather than dwell on what hasn’t even happened yet I should instead dwell on what already has happened.

For example, how even though I was devastated and heart-broken when I found out that my daughter, Ella, has Down syndrome, through that perceived “brokenness”, God has used her to minister to hundreds of people and to make me a better person. Let them thank the Lord for his steadfast love, for his wondrous works to the children of man.

Or instead of worrying, give thanks because after years of job searching, hundreds of resumes and many disappointments, God provided at job. Let them thank the Lord for his steadfast love, for his wondrous works to the children of man.

I am not saying it was easy. I certainly was not the best version of myself in June but God’s promise of steadfast love kept me steadfast and finally on June 21st, just five days before we were set to fly out, our visas arrived.

I think that verse four of the song in Psalm 107 is my favorite because so often I find myself in the midst of a storm. Things may seem calm around me, but in my heart and mind, a storm rages. I feel tossed by the wind and often I picture myself in the darkness, struggling to keep my head above the waves as the water crashes over me and I gasp for air. But in this beautiful song, the chorus reads,

“Then they cried to the Lord in their trouble, and he delivered them from their distress. He made the storm be still and the waves of the sea were hushed. Then they were glad that the waters were quiet, and he brought them to their desired haven. Let them thank the Lord for his steadfast love, for his wondrous works to the children of man!”