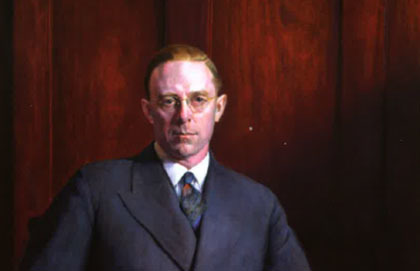 Ernest Manning is best remembered as Alberta’s premier from 1943 to 1968 – the longest-serving premier in the Commonwealth – and as the host of Canada’s National Bible Hour for nearly half a century. These dual roles exemplify his practice of integrating Christianity with every area of his life. He was prudent and careful in politics, always practicing Christian-based reconciliation and conflict resolution. Many Albertans were aware that his first call had been to the Christian ministry. Politics was a diversion. But Manning always held the view that both God and the people had some say in how long he would be premier – and he was not about to argue with either.

“Manning always held the view that both God and the people had some say … and he was not about to argue with either.”

Manning grew up near Rosetown, Saskatchewan, where, as a curious teenager wanting to connect with the outside world, he acquired a three-tube radio kit. On that radio, he heard an early William “Bible Bill” Aberhart Christian radio broadcast from the Calgary Prophetic Bible Institute (CPBI). Aberhart’s compelling preaching persuaded Manning to commit his life to Christ. Years later, Manning was fond of recalling that ploughing the fields on his father’s farm worked well for his scripture study. The furrows were long, and he could get a fair amount of memory work done before having to turn the tractor around.

In 1927, Manning enrolled in CPBI, where he met his future wife, the institute’s pianist, Muriel Preston, who later served as the National Bible Hour’s musical co-ordinator. Aberhart saw in the young Manning a person who could greatly help him. Soon, Manning became Aberhart’s assistant at CPBI and also helped him found the Social Credit Party, which won the 1935 Alberta election. Appointed provincial secretary, Manning succeeded to the premiership on Aberhart’s death in 1943.

The Great Depression left Alberta virtually bankrupt in the late thirties and early forties. Manning’s premiership signalled the beginning of policies to pay down the province’s debt and restore its fiscal credibility. That process was well under way by 1947, when Alberta’s first major oil strikes occurred. 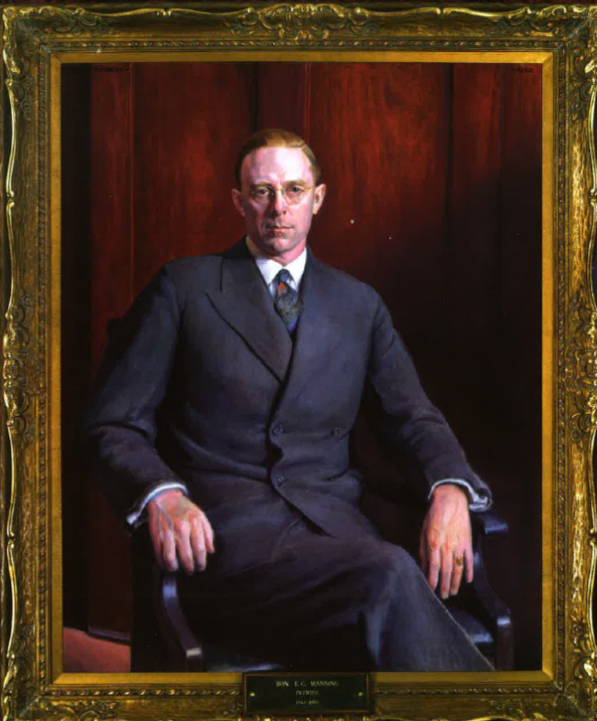 Manning presided over a corruption-free government known for its populism and its fiscal conservatism. His careful stewardship of the province’s oil reserves and revenues and his skill in working with the oil industry’s corporate leaders build his reputation for integrity. A relationship of trust, developed through a shared Christian faith, led Manning and J. Howard Pew of Sun Oil to agree on development plans for the vast Athabasca tar sands in northern Alberta. When oil revenues brought Alberta into unprecedented prosperity, Manning’s government invested extensively in health care, educational and social programs.

Manning’s understanding of the Scriptures gave him an appreciation of human need as enunciated by proponents of the social gospel. But unlike the premier of neighbouring Saskatchewan, Baptist minister Tommy Douglas, Manning did not espouse a socialistic doctrine. Rather, he encouraged strong individual, corporate and religious initiatives in addressing social issues. Manning believed that government was there to motivate and give direction, not to intervene and carry the load. Many of Manning’s views on health care and social issues were shaped as he a Muriel lovingly raised their eldest son, Keith, who had suffered oxygen deprivation at birth. The premier constantly emphasized that government spending on social programs was no substitute for individual, family, and community attention to human need.

On his radio broadcasts, Manning emphasized the individual side of faith. It was thus consistent for him to stress less government and more individual responsibility. His emphasis was on the life-changing effect of a commitment to Jesus Christ. And he wanted his listeners to understand that their parents, church or good works could not make them Christians. As individuals, they were responsible for their own spiritual condition and destiny.

In a 1967 book, Political Realignment, Manning coined the phrase “social conservatism,” which he described as the marriage of private enterprise and social responsibility. The book created a climate for key strategy shifts in the federal Progressive Conservative Party. Later, its concepts would be vital to his son Preston’s advancement of Reform ideology.

After retiring as premier, Ernest Manning established, with Preston, a firm that became known as Manning Consultants Limited. It engaged in community development, mainly in northern Alberta’s Slave Lake region. Much of its work involved encouraging the corporate sector to create good communities and mediating between oil companies and native groups. During this time, Ernest Manning also served thirteen years in the Canadian Senate. He advocated electing members to that body, rather than having them appointed by the prime minister. 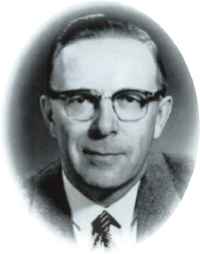 At Ernest Manning’s funeral in February 1996, Reform Party of Canada leader Preston Manning suggested that his father’s last political words could well be: “Do not let internal discord do to Canada what wars, depressions and hard times were unable to do. Continue to build!” Those words were to be an inspiration to the younger Manning, who, sixteen months later, became the leader of the official opposition in the House of Commons.

Ernest Manning’s radio preaching – which spanned forty-six years – blended evangelical pietism with an emphasis on the messages of the Bible’s prophetic books. He spoke often of the need for national spiritual revival and urged Christians to live in the light of Jesus’s imminent return. It was his radio work that gave him a national profile, particularly with respect to his Christian faith. At its peak, the National Bible Hour was estimated to have six hundred thousand listeners from across Canada each week – more than comedian Jack Benny had in his heyday!

In addition, Manning was a founder of the Fundamental Baptist Church in Edmonton. He was also active in such Christian organizations as the Gideons (a service group whose members distribute Bibles in hotels, hospital, school and prisons) and the Evangelical Fellowship of Canada. During the last five years of his life, he and Muriel, having moved to Calgary, worshipped at that city’s First Alliance Church. In retirement, he served on the boards of several corporations and organizations, including Canadian Pacific Airlines and the Canada West Foundation, all the while operating a dairy farm near Edmonton.

Strength, commitment and reason marked Ernest Manning’s presence in Alberta. Whether in matters of faith, politics, business or family, he emphasized the values of hard work, high ethical standards, compassion and a reliance on the goodness and grace of God. His political foes admitted that – almost without peer – he epitomized honesty and integrity in government.

Ernest Manning was always careful to communicate that he could not have done so without the work of God in his heart and life.