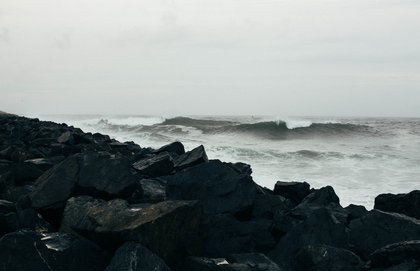 My Cardus colleague Ray Pennings gave us an account this week of New Year’s Eve in Ottawa, with the governor general presiding over the re-igniting of the centennial flame on Parliament Hill, exulting that there was no better place to welcome Canada’s sesquicentennial year than Parliament Hill. The prime minister was in the Bahamas.

A good time was had by all, but the excitement was subdued in the capital. Not so 75 years ago, as the nation was gearing up for Canada 75. Actually, it wasn’t, given that the world was at war. But on New Year’s Eve 75 years ago, Ottawa was actually abuzz. Prime Minister Winston Churchill was in town, and had addressed Parliament the day previous.

Churchill was in Ottawa on December 31 because the Japanese had bombed Pearl Harbour. The day of infamy – December 7, 1941 – brought a measure of grim satisfaction to Winston Churchill. The entry of the Americans into WWII made Sir Winston sure of an Allied victory. Already 1941 had brought Britain a new ally in the war against Hitler – Stalin’s Soviet Union. By 1941 the world already knew that Churchill’s speeches were like a standing army of their own, but the address he gave within hours of the Nazi invasion of the Soviet Union – Operation Barbarossa launched on June 22 1941 – was a masterful review of the war to date:

I have taken occasion to speak to you tonight because we have reached one of the climacterics of the war. The first of these intense turning points was a year ago when France fell prostrate under the German hammer, and when we had to face the storm alone. The second was when the Royal Air Force beat the Hun raiders out of the daylight air, and thus warded off the Nazi invasion of our island while we were still ill armed and ill prepared. The third turning point was when the President and Congress of the United States passed the Lease-and-Lend enactment, devoting nearly 2,000 millions sterling of the wealth of the New World to help us to defend our liberties and their own. Those were the three climacteric.

The fourth is now upon us.

At four o’clock this morning Hitler attacked and invaded Russia. All his usual formalities of perfidy were observed with scrupulous technique.

Churchill sought to capitalize on the fourth “climateric” immediately, petitioning President Roosevelt for their first summit meeting to discuss the prosecution of the war. That was accomplished largely in secret, in Newfoundland in August 1941, with British and American ships meeting in Placentia Bay. FDR did not even go ashore. The meeting produced the Atlantic Charter, the principles for which the Allies committed themselves to fight.

Thus, 1941 strengthened the Allies against Hitler and deepened the American commitment to a war it still had not entered. The mother of all climacterics came next, with the Japanese attack on Pearl Harbour. Churchill sought to meet FDR even more quickly, indicating that he wished immediately to set sail for Washington. FDR was initially reluctant, but Churchill set sail within the week, making the 10 day trip by sea to America, arriving on December 22 1941. Given the danger of traversing the north Atlantic in wartime, only a few people knew that Churchill and the British military high command were en route. One who didn’t know was Eleanor Roosevelt, who was only given a few hours notice that they would have guests for Christmas at the White House. Churchill would bunk in for some three weeks.

Churchill’s stay at the White House is the occasion of some of the more famous stories about him – the instructions to the White House butler to have a tumbler or two of sherry ready before breakfast, brandy before lunch and champagne in the evening, and his declaration to FDR, upon discovering a naked Churchill, fresh from the bath, that “the prime minister of Great Britain has nothing to hide from the president of the United States.”

Yet the mission was substantial. Churchill achieved his principal goal, namely that the U.S. would commit itself to a Europe-first strategy, seeking to defeat Hitler first. The U.S. would fight Japan simultaneously, but Churchill had been afraid that it might put the war in Europe second. There were two comprehensive addresses on the trip – the first to the Congress of the United States, the second to the parliament in Ottawa. The first on Boxing Day, as they do not call it in Washington, the second on December 30 in Ottawa.

Churchill understood from the beginning that the Second World War was a cultural struggle, not only a military one, and he had no qualms about characterizing his side as that defined by language and religion. 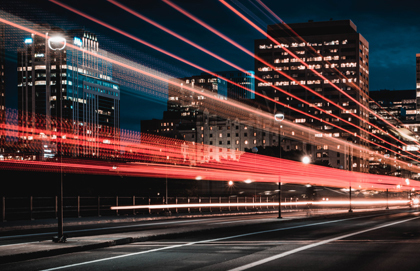 I spend this anniversary and festival far from my country, far from my family, yet I cannot truthfully say that I feel far from home.  Whether it be the ties of blood on my mother’s side, or the friendships I have developed here over many years of active life, or the commanding sentiment of comradeship in the common cause of great peoples who speak the same language, who kneel at the same altars and, to a very large extent, pursue the same ideals, I cannot feel myself a stranger here in the centre and at the summit of the United States.  I feel a sense of unity and fraternal association which, added to the kindliness of your welcome, convinces me that I have a right to sit at your fireside and share your Christmas joys.

Churchill understood from the beginning that the Second World War was a cultural struggle, not only a military one, and he had no qualms about characterizing his side as that defined by language and religion. His invocation of those who “kneel at the same altars” made clear that the Nazi enemy was an atheistic force. The fundamental problem with Nazism, indeed, was that it would not kneel, and therefore sought by force to have all others kneel before it.

The addresses in Congress and Parliament were detailed reviews of the history of the war to that point. The one in Ottawa was not just rhetorical flourish; it was a comprehensive analysis of the war effort with particular attention to the Canadian contribution.

But it was stirring, the greatest speech ever given in the Canadian parliament. Churchill would visit Canada for further wartime summits, notably at the Citadel in Quebec. Canada at the dawn of its 75th year was at a moment of great drama, and the young Dominion was summoned to be equal the task. The air in Ottawa at New Year’s 1941-42 was not filled with nostalgia, much less self-congratulation, but urgent duty:

There shall be no halting, or half measures, there shall be no compromise, or parley. These gangs of bandits have sought to darken the light of the world; have sought to stand between the common people of all the lands and their march forward into their inheritance. They shall themselves be cast into the pit of death and shame, and only when the earth has been cleansed and purged of their crimes and their villainy shall we turn from the task which they have forced upon us, a task which we were reluctant to undertake, but which we shall now most faithfully and punctiliously discharge. According to my sense of proportion, this is no time to speak of the hopes of the future, or the broader world which lies beyond our struggles and our victory. We have to win that world for our children. We have to win it by our sacrifices. We have not won it yet. The crisis is upon us. The power of the enemy is immense. If we were in any way to underrate the strength, the resources or the ruthless savagery of that enemy, we should jeopardize, not only our lives, for they will be offered freely, but the cause of human freedom and progress to which we have vowed ourselves and all we have. We cannot for a moment afford to relax. On the contrary we must drive ourselves forward with unrelenting zeal. In this strange, terrible world war there is a place for everyone, man and woman, old and young, hale and halt; service in a thousand forms is open. There is no room now for the dilettante, the weakling, for the shirker, or the sluggard. The mine, the factory, the dockyard, the salt sea waves, the fields to till, the home, the hospital, the chair of the scientist, the pulpit of the preacher - from the highest to the humblest tasks, all are of equal honour; all have their part to play. The enemies ranged against us, coalesced and combined against us, have asked for total war. Let us make sure they get it.

The speech in Parliament would be remembered for the disdain Churchill dripped upon the Vichy French more than his treatment of Hitler:

On top of all this came the great French catastrophe. The French Army collapsed, and the French nation was dashed into utter and, as it has so far proved, irretrievable confusion. The French Government had at their own suggestion solemnly bound themselves with us not to make a separate peace. It was their duty and it was also their interest to go to North Africa, where they would have been at the head of the French Empire. In Africa, with our aid, they would have had overwhelming sea power. They would have had the recognition of the United States, and the use of all the gold they had lodged beyond the seas. If they had done this Italy might have been driven out of the war before the end of 1940, and France would have held her place as a nation in the counsels of the Allies and at the conference table of the victors. But their generals misled them. When I warned them that Britain would fight on alone whatever they did, their generals told their Prime Minister and his divided Cabinet, “In three weeks England will have her neck wrung like a chicken.” Some chicken; some neck.

Some chicken, some neck, together with the portrait taken in the Speaker’s chambers by an up-and-coming photographer named Yousuf Karsh, is what is remembered about Churchill’s visit to Ottawa 75 years ago. At the time, though, it was well appreciated that a great historic moment was upon Canada.

“In prose which had the splendor of poetry at its best, and in phrases which had a Shakespearian glow and the fervor of the Bible, Britain’s ‘man of destiny’ electrified a joint session of the Senate and the House of Commons,” reported The Globe and Mail.

That, at the midpoint between confederation and today, was an Ottawa new year to remember.