A fine and quirky fellow gave me a gift subscription last Christmas to the finest quirky magazine I've ever encountered.

Now, despite perpetual predictions of the death of the magazine industry, there remain fine magazines around. Cardus' own Comment certainly qualifies, as do Greg Wolfe's Image magazine and a healthy handful of others.

There is also a ready supply of quirky, though somehow that descriptor and the adjective "lasting" don't seem to go together. They come. They quirk. They go. That's pretty much their life cycle.

By contrast, the fine and quirky Sun magazine (no relation to the Canadian Sun newspapers or TV news network) has endured since 1974. It is produced in Chapel Hill, N.C. under publisher Sal Safransky. He started it single-handedly 37 years ago by stapling a few pages together and giving them out on street corners.

What it does, issue after issue, is present finely crafted prose in pursuit of whatever needs challenging. Miraculously and thankfully, the Sun's concept of "challenging" rescues readers from the current mud cake meaning of shouting slogans and imprecations louder than the open mouth opposite. 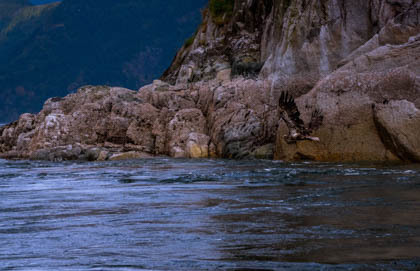 Correct Thinking: Everyone Comfortable, All the Time
An Assault on Cynicism
A Publisher Who Took a Stand

The September issue, for instance, features a remarkable lengthy interview with "environmental heretic" Stewart Brand. Brand is one of the original hippies, creator of the hippie biblical Whole Earth Catalogue. He was a peyote-eating denizen of American Indian reservations in the 1960s, and an early disciple of biologist Paul "Population Bomb" Erhlich.

He is also currently a leading proponent of nuclear energy, a staunch advocate of urbanism over agriculture, and an indefatigable voice for genetically modified crops. He does not "deny" global warming—though he acknowledges the long-term science is speculative—but says the solutions lie in technology, not economic evisceration of the West.

What's fascinating is how Brand makes clear that his is not the heretical view. In fact, he says, heresy emerged in the environmental movement when being green became a synonym for hyper-romanticized pessimism or, even worse, the cynical, tragic pose that human beings are disposable because they are purportedly the source of all of "nature's" problems.

He is scathing about the horrifying mass starvation caused by the utterly baseless hysteria over genetically modified foods.

"This is where environmentalists have really known sin," Brand says, referring among other things to a 2002 event when green crusaders convinced the Zambian government to refuse to distribute G.M. corn during a prolonged drought.

The full interview alone is worth a year's subscription price, not as ideological fodder but for precisely the opposite reason. It provides enormous hope for the prospect of genuine political truth-telling regardless of the strangulating clamour of constituencies, the threat of suffocation inherent in every party line.

Yet it isn't even the best thing in The Sun's September issue. That accolade surely must go to its regular feature called The Dog-Eared Page, a reprint of writing that could be six months or six hundred years old. The current excerpt is from immunologist Lewis Thomas' 1973 publication The Lives of a Cell. Thomas was arguing 38 years ago that "nature" would be best served if human beings admitted they, too, are an essential part of it.

If we were to really think of ourselves as indispensable elements of nature (we) would surely become the environments to worry about the most. We would discover, in ourselves, the sources of wonderment and delight that we have discerned in all other manifestations of nature. Movements might start up for the protection of ourselves as a valuable, endangered species. We couldn't lose.

What a gift. And we don't even have to wait for Christmas.