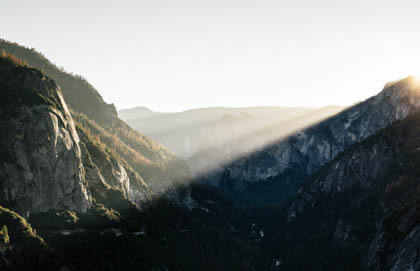 The Here and There of Religious Freedom August 1, 2013  |  By Anne Leahy
Print

Let me recall two notable anniversaries that speak to the topic of this conference—the relationship between religion and State and the regulation of coexistence of people of various religions and beliefs in society:

This panel is on foreign policy and it is right that it is covered here. It's part of the national picture. A country's foreign policy is but an extension of its domestic policies. It allows us to project our values abroad. It also allows us to find out how Canada is perceived from the outside by many who look to us as a model of a tolerant society that works—in the sense of a society respectful of all the reasonably held and expressed beliefs of its population.

How we manage our challenges at home—the Canadian model—speaks louder than words and is a powerful element of our foreign policy. We have a responsibility to continue to get it right—for ourselves and many in the world who need to see that it is possible.

I will speak from my personal experience: Moscow (1980-82 and 1996-99) as co-chair of the Group of Friends of the Great Lakes (a region of Africa)—where people are not at all shy to acknowledge religion as "normal"—and as Ambassador to the Holy See. People of conviction make a contribution to the common good, and they have a responsibility to show this reality to those who would marginalize religion as an obstacle, a cause for violence. In Rome, I have been involved in several gatherings of faith leaders, including at the Meeting for Peace in October 2011 when humanists and non-believers accepted the invitation to share the platform with leaders from all continents. I have also had the opportunity to meet Canadian faith leaders—here today—who participated in the Summit of World Religious Leaders in Rome in 2009 before the G8 Summit. Reverend Karen Hamilton and Reverend James Christie went on to be part of the Canadian Interfaith Conversation that hosted the Religious Leaders Summit in Winnipeg when Canada hosted the G8 Summit. The Canadian Interfaith Conversa-tion just won the Doha International Award for In-terfaith Dialogue at the Doha Interfaith Conference in April 2013. We can all be proud of this Canadian achievement.

The current political visibility of the issue of reli-gious freedom increased significantly with a series of reports that documented that Christians are the most persecuted faith group. The word Christiano-phobia first appeared in writing in UN documents 10 years ago at the instigation of the Holy See. In the words of the Holy See's foreign minister: "It should be recognized that the war against terrorism had as one of its side-effects the spread of Christiano-phobia in vast areas of the globe, where Western civilization or certain political strategies of Western countries are erroneously considered to be deter-mined by Christianity, or at least not separated from it."

Up to that point, discussion of religious intolerance had specifically referred to anti-Semitism and Islam-ophobia. In the early years of the 21st century, there was much discussion in UN forums about attacks against Islam as a whole, described as defamation of religion. In the 10 years elapsed, new issues have become prominent, including sectarian violence (i.e. in the Middle East) and manifestations of extremism in religions other than those mentioned above.

The protection of rights of persons belonging to religious minorities is a different issue from that of "religion as a dimension of foreign policy." The latter took hold in Western countries back in the early 1990s. Knowledge of religious characteristics was necessary to make sense of the resurgence of local identities held back during the years of super-power rule. Events in Iran and Sudan were no longer unique; the disintegration of the Soviet Union and the wars in southeast Europe showed this clearly. I remember from my time in Moscow in the 1990s that the Russians were quite aware of dynamics of various outside religious influences in their southern region. Their National Security Concept of January 2000 includes several references to religion. 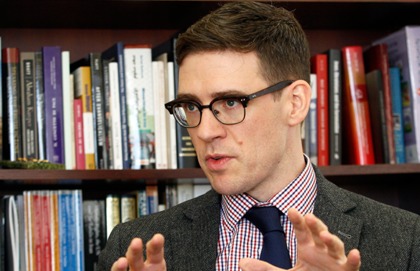 On the issue of religious freedom, I'll speak from my own experience: in the 1980s, in the simple bipolar world, Canada was paying a lot of attention to religious freedom as an issue in the Soviet bloc. It was part of my job description as First Secretary at the Canadian Embassy in Moscow. Many had a role: diplomats on the ground, activists and perhaps some in this room as members of faith groups, members of Parliament. We facilitated Jewish emi-gration, intervened for Greco-Catholics in Ukraine.

In the context of the Conference on Security and Co-operation in Europe (the OSCE today), we joined with our allies to advocate freedom of religion in the Eastern Bloc. In 1975, the signatory States of the Final Act of the Helsinki conference adopted the so-called Decalogue. Principle VII expressly lists religious freedom among the human rights that the states commit themselves to respect in order to ensure peace and security for their own citizens. By the way, this includes not only the right to hold, or not, and to change one's beliefs but also to profess them openly—this is a point relevant for us today.

Today, there are many more well-organized players who, alongside government, intervene on behalf of people seeking to practise their faith openly and without fear for their lives. A clear understanding of the best roles State and civil society actors can play is necessary and is achieved through consultations. Many of you here are involved in such consulta-tions. In recent years, I had the opportunity to discuss the situation of religious discrimination with several religious leaders and humanitarian workers involved in Asia and the Middle East. Let me share some of their observations. The basic one is that organizations that want to help really do so in the interests of the people on the ground, taking the trouble to get up to date, talking to local leaders. They mentioned the challenges of vulnerability to manipulation, of inadequacy of information, of competition between organizations and the pursuit of agendas other than the safety of the persecuted. Playing up a religious element in a conflict that rarely has but one element may exacerbate this con-flict or, worse, create religious tensions and make resolution at the local level more difficult once the spotlight has moved on.

Working for a common objective may require dif-ferent actions that seem contradictory in the short term. Facilitating the arrival in Canada of victims of attacks in their community is a humanitarian gesture—and Canadians are very generous—yet we and they know that real freedom of religion for them should be their survival as a community on their ancestral land. The work of faith groups with links in their home country that support families and rebuild churches is just as important.

Candidates to the Canadian Foreign Service entry examination of 1949 encountered this as their first question: "Discuss: The necessary balance between the need for revolution and the rights of the human person, between the community and the individual, can only be found in a Christian philosophy of life."

This theme would not be very politically correct today, I suspect. However it is consistent with the following:

"No foreign policy is consistent nor coherent over a period of years unless it is based upon some conception of human values. I know that we live in an age where it is fashionable to speak in terms only of hard realism in the conduct of international affairs. I realize also that at best the practice of any policy is a poor approximation of ideals upon which it may be based. I am sure, however, that in our national life we are continu-ally influenced by the conceptions of good and evil, which emerged from Hebrew and Greek civilization, and which have been transformed and transmitted through the Christian traditions of the Western World. These are values which lay emphasis on the importance of the individual, on the place of moral principles in the conduct of human relations, on standards of judgment which transcend mere material well-being. They have ever influenced our national life as we have built a modern State from east to west across this con-tinent. I am equally convinced that on the basis of this common experience, we shall discern the same values in world affairs and that we shall seek to protect and nurture them."

The Right Honourable Louis St. Laurent, who was Secretary of State for External Affairs, delivered this speech back in 1947 at the University of Toronto. He described the five basic general principles upon which our foreign policy should be based. They included respect for political liberty, the rule of law, and so on.

What, then, has happened in Canada so that by the beginning of this century, despite the minister's words above, there is:

Returning to my point: there is a link between promoting freedom of religion in other countries as a fundamental human right and the place our institutions give to the contribution of faith-based groups at home. Our values have to be consistent as to what respect for human dignity and freedom of conscience are.

Advocacy for the rights of people belonging to religious minorities, promotion of understanding in multiconfessional society, and the prevention of intolerance, violence, discrimination and persecution of people belonging to religious minorities are goals that Canada pursues through its Office of Religious Freedom. We do so in good company with like-minded countries because we have a long tradition of protecting the rights of individuals wherever they may be—in keeping with our Judeo-Christian heritage and in our interest given that we are a country of im-migrants with links to communities around the globe.

While human rights, including religious rights, have long featured in our foreign policy, the values that anchor this aspect have evolved at home. New pat-terns of immigration have changed our confessional makeup, while Charter protections on freedom of religious belief are being challenged. We are not in the United States, where the U.S. Conference of Catholic Bishops has set up an Ad Hoc Committee on Religious Liberty. However, we have reached a point where some medical professionals are fighting to retain the right to conscientious objection.

In Quebec, the debate around the government's coming proposal for a Charte de la laïcité, possibly to become the Charte des valeurs québécoises, will reveal how mature we are in our respect of each other's beliefs and for the common good.

We have to be aware that some of our societal choices (i.e. with respect to the integrity of the human being), are making us open to scrutiny. And it might be a good thing. How we respond institution-ally and as communities will have an impact beyond our borders.