In his 2005 commencement address at Kenyon College, the novelist David Foster Wallace began with a little parable:

I couldn’t help but think of this vignette while reading Matthew Rose’s essay, “Tayloring Christianity,” in the latest issue of First Things. (Rose, by the way, owes at least a hat-tip to Deane-Peter Baker who deployed the “tayloring” pun way back in 2007.) I imagine Rose protesting from the sidelines, “Be careful! Charles Taylor is telling us to swim in this stuff called ‘water!’” To which a wizened older fish replies, “Uh, brother: you’re already in it.”

The water, in this case, is “a secular age.” And Rose seems to think the question is whether we should swim in it, when the real question is how.

The problem with Rose’s reading of Taylor emerges with his opening false dichotomy: either Alasdair MacIntyre or Charles Taylor. Indeed, Rose poses the two as mutually exclusive: “Taylor intends to demonstrate the impossibility of the Benedict Option by showing the impossibility of being other than secular.” I’m guessing several proponents of the so-called “Benedict Option” would be surprised to learn it is antithetical to Taylor’s account of our secular age. Indeed, I think a number of folks who appreciate the call for such intentional, formative communities of faith emphasize this precisely because of what Taylor has diagnosed about our contemporary milieu.

With this dichotomous frame, Rose also shows his cards: he is entertaining the possibility that we could not be secular.  What does that mean for him?  Well, it’s not entirely clear, because he never really addresses what Taylor means by “secular. (Beware convenient fictions: Rose puts a lot of words into Taylor’s mouth and quotes few directly from him. It was hard for me to recognize A Secular Age in Rose’s alleged summary.) 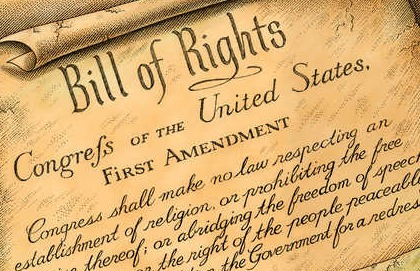 Reading the Postmodern Mail
When A Pope Comes Home

Rose vaguely encapsulates Taylor as claiming that “believers can no longer enjoy a ‘simple’ or ‘naïve’ faith.”  Well, Taylor’s claim is quite a bit more complicated than that. But fine, let’s let Rose’s summary stand. Is this an insight that you really want to reject? Listen to how Rose crystallizes what he takes to be the upshot of Taylor’s argument:

The honest believer must concede, “I am never, or only rarely, really sure, free of all doubt, untroubled by some objection—by some experiences which won’t fit.” In sum: Secularism means that our Christian experience is shaped by a lurking uncertainty.

Does Rose really want to deny this? Do you really want the Benedict Option to be taken as a refusal of this reality? Take a few minutes before you answer that question. Because if you say, “Yes,” you’re basically signing up for irrelevance.  And this is not just an “academic” matter; it is a matter of pastoral urgency.

Taylor would say that in a secular age, where plausibility conditions have changed and our neighbors believe otherwise, our faith is “fragilized” simply because it is no longer axiomatic.  But is this really the threat Rose suggests? The conditions of belief don’t entail any modification of what we believe, but rather how we believe. Indeed, I can’t help but think of Walker Percy’s observation in Signposts in a Strange Land: “the present age is better than Christendom. In the old Christendom, everyone was a Christian and hardly anyone thought twice about it. But in the present age the survivor of theory and consumption becomes a wayfarer in the desert, like St. Anthony; which is to say, open to signs.” If you’re fond of dichotomies, try this one: either Rose or Flannery O’Connor.

Rose’s other false dichotomy—either Taylor or Augustine—betrays his nostalgia for the Christendom Percy bids farewell. (That Rose lumps Taylor with Tillich is an almost laughable indicator he has failed to understand him.) Taylor’s point is not that a secular age precludes Augustinian belief; his point is that even Augustinian modes of believing will be cross-pressured and haunted in ways Augustine couldn’t have imagined.

But Rose completely misses the flipside of Taylor’s argument: that naturalists and atheists and the “spiritual-but-not-religious” are equally haunted in this “secular,” fragilized age. So Taylor isn’t giving us some kind of decline narrative of a slide toward universal exclusive humanism, let alone a “secular status quo.” To the contrary, as he indicated in my interview with him in Comment magazine, he sees all kinds of signs that exclusive humanism proves wanting and that on the other side of the closed spins of the immanent frame lies the possibility—yea, the hope—of a cultural renewal that breaks out of such naturalistic claustrophobia.

I suppose Rose is worried that people are looking to Taylor’s A Secular Age as if it were some sort of encyclical issued by a progressive magisterium. But who would do that? Taylor is no bishop and obviously A Secular Age doesn’t come with an imprimatur. Does Taylor demur from some traditional orthodox formulations of the Christian faith? Yes. But his own idiosyncratic revisions of orthodoxy don’t at all follow from his analysis—nor does Taylor ever claim they do. In How (Not) To Be Secular (pp. 111-113), I push back on Taylor at just those points where he moves from the descriptive to the normative (which are rare and rather parenthetical). Not only is there nothing in Taylor’s diagnosis of our “secular” condition that entails such revisionism, there are actually aspects of Taylor’s argument that mitigate against it. One could be a more consistent Taylorian by not following Taylor’s suggested theological moves.

Yet Taylor’s analysis has pastoral value, not as a theological pronouncement but as an ethnography of the age in which we bear witness and make disciples. And we ignore such analysis at our own peril, I think, because the alternative would be what I fear Rose commends: a “traditional” faith that (wrongly) imagines itself unaffected by tectonic shifts in how we believe. We do the Gospel no favours by pretending that the world hasn’t changed. Nor do we compromise the Gospel by recognizing it has. Our Mars Hill is not Paul’s. That doesn’t mean the good news needs to be revised, but it does mean how we proclaim (and live) it must. We need not choose between faithfulness and secularity: our burden is to discern how to be faithful amidst secularity. This is why we need to resist the false simplicity of Rose’s 2D dichotomies and live into the complexity of what my friend (and Cardus Senior Fellow) John Seel calls our “3D” world.

The question isn’t whether to be secular.  It’s how (not) to be secular as we make our pilgrimage toward the City to come.