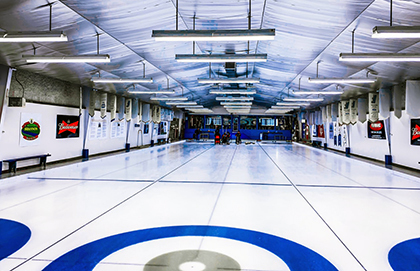 The Brier – Canada’s national men’s curling championship – was held this past week in Kingston and I did my civic duty by going along to take in the action. There is a lot of it. There are nine days, each of which has six or nine hours of curling, sometimes four games going on at once. I went four or five times for a few hours at a time. It felt like a proud act of citizenship.

“It means a ton to be representing Canada again,” said Brad Gushue, skip of the winning rink (team) from Newfoundland. It was Gushue’s third Brier championship in four years. As the winner, his rink will represent Canada at the world curling championships later this month in Scotland.

“We live in the best country in the world and the best curling nation in the world,” Gushue gushed. “When you get to wear that Maple Leaf, it’s a huge honour.”

I had read about the Brier and watched it on television over the years, but I had never been on hand to experience this festival of pure Canadiana.

It doesn’t disappoint on that score, from the Tim Horton’s mobile dispensary outside pouring free hot chocolate and coffee to passersby to the disarming friendliness of everyone present. It might just be the 300-plus volunteers who give up a week’s time to help everything run smoothly. Somehow on a mass scale they manage to re-create the ambience of curling rinks in small towns across the land.

There is a 50/50 draw, just as you would find at the local bonspiel. True, at the finals the total was $23,000 and it runs on a digital app, but not altogether different from handing over a 20 for a broom-length of tickets to the kids raising funds for the local 4H.

Fans all talk to their neighbours, discussing curling strategy between rocks. Everyone is at ease, so much so that 60-something women feel entirely free to get up and dance as if no one is watching, but thousands are. 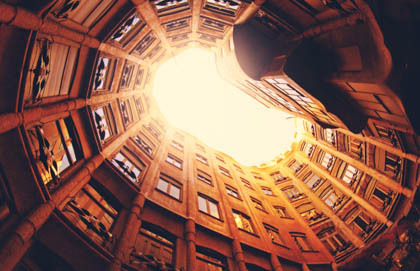 The RCMP in their red serge carry in the Tankard, the championship trophy. The apparent RCMP protocol – Grey Cup, Vanier Cup, Brier Tankard – is to choose two greatly mismatched officers, this time a tall man and a short woman, to emphasize the splendid diversity of our national police.

At the finals, the tall man seemed to have a partial limp; it turned out he was retired after 32 years on the force, so there was no need for alarm that he might not be able to chase down any scofflaws. I doubt there are any scofflaws at the Brier, so wholesome it is. The most apparent vice is over-drinking, and the police don’t have to be fast to catch up with the staggering and the wobbly.

Gushue declared that the field of the 2020 Brier was “the strongest field I’ve certainly played in out of 17 Briers.” The fans certainly agreed, having witnessed shot after shot which were certainly impossible, save for the fact that we saw them with our own eyes.

Curling, like golf, has been played – or even just attempted – by enough ordinary people that there is widespread appreciation of how difficult it is. Few people have ever thrown a 60-yard pass into tight coverage, so when professional football players do so it is clearly impressive, but hard to appreciate. Not so with anyone who has ever attempted to throw a 40+ pound rock some 150 feet away to a spot a few inches wide.

A missed shot at the Brier is one that is about four inches from where it should be, or even less. Gushue defeated Brendan Bottcher’s Alberta rink, which was heartbreaking for them, as it was the third-straight time that they had lost in the final.

During the week, Bottcher was simply the best skip, cruising to a 10-1 record and awarded first-team, all-star status. But the final was one of the worst games he has ever played at this level, missing – by those few inches – six of his first 16 shots. At this level, it meant that the game was never in doubt and Alberta was playing fruitless catch-up the whole time. Bottcher curled 71 per cent, an unusually poor performance for him. Gushue, on the other hand, curled a modest 98 per cent.

Bottcher’s three-times-a-bridesmaid-never-the-bride performance may render his championship dreams a velleity. But maybe not. Excellence in curling can extend for decades. Gushue won Olympic gold in 2006, which requires first winning a Brier-like national Olympic trials.

There is something uplifting about watching any peak performance, a reminder that the drive for excellence lies deep in the human heart. Even excellence about ice and rocks and brooms. Watching the Brier lifts that to another level, knowing that these men are the best curlers in the entire world. There is no better curling to watch anywhere.

And this excellence is accessible; the players are not walled off behind great wealth and pretentious security. Curlers hold regular jobs and are regular people, with the curious talent of doing a difficult, if specific, thing better than anyone else on the planet. Spending a week in their company is good for the soul.