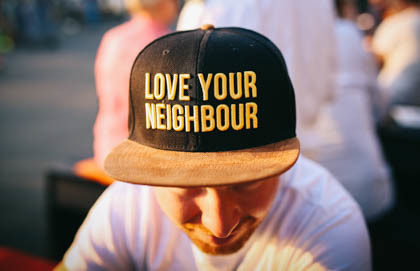 When I first heard Toronto was being considered for World Youth Day 2002, I have to admit it had me a little scared. I kept hearing about Youth Day bringing young people from all over the world into Toronto. You hear about world youth, you think about them getting into trouble, having fights in the streets, making pests of themselves. I didn't know what it was. Who the heck knew what to expect? I'm just a nice little Jewish guy. I got nervous.

Then I was shown some film of what World Youth Day really is, and immediately, I said "I want that. It will be wonderful for Toronto."

They asked me to go to Rome to see World Youth Day for myself. I couldn't believe what I was seeing. I kept seeing these young people, all different ages,walking in the street, having a good time and singing. They were definitely not making pests of themselves. Everybody was enjoying them. I talked to those kids in the streets of Rome, and they were so excited, so friendly. I was sold completely.

When we knew it was coming to Toronto, I got personally involved in everything and had my personal staff make certain everything went smoothly. I had taken the chief of police and other necessary people with me to Rome to ensure no details were overlooked. I wanted to make sure that people could get in and out easily and to secure enough water, because we had to figure that it was going to be maybe 90Â° or worse. We had to figure we'd had all the necessary things for first aid, for doctors to get people to hospital if necessary.

My motto is better safe than sorry. I am the guy who called in the army when we had a snowstorm in Toronto. You might have heard about that. The truth is, we saved almost 35 lives by calling in the army during that storm because the ambulances and the fire engines couldn't get in there. The army got in and got people out of emergencies and was able to take them to hospital. I wanted that level of certainty for World Youth Day.

With young people coming from all over the world, we wanted to show them what a wonderful city Toronto is, and how well it works as a city because it is made up of people from all over the world. But we also wanted them to come and celebrate their faith because we accept all faiths. We respect everybody's religion, and here was a chance to showcase the Roman Catholic faith and Pope John Paul II. 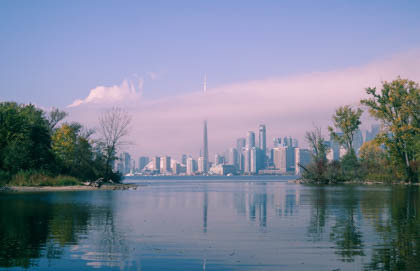 The Conversation: We Formed a Beautiful Community
From Sea to Sea
Finding Normal

But just having the Pope in Toronto was wonderful. When we first saw him, my wife, Marilyn, was dressed in white and yellow, his colours. Her parents came from Poland and she spoke some Polish words to him. He started to speak Polish to her and she said, "No, no, I don't speak Polish." He was sweet.

At another meeting, when we entered the room, he tried to stand but had great difficulty because he was sick. I felt terrible. He did get up, though, and Marilyn—she's got a great personality; she's a bubbly person—said something funny to him. He reached out and touched her with both hands on her cheeks.

Afterwards, when people from Toronto visited him in Rome, he would always ask, "How is my little Jewish friend, the mayor?" I might have a rough time getting into Heaven, but I know a saint. I know he will put in a good word for me up there.

I didn't see or hear of one problem. Not one fight. Nothing. Just happiness spreading throughout the city. People were following and watching them. Wherever they went, people just enjoyed them. I've never seen such happiness, really.

I wish they'd come back and bring that happiness with them. Enough of this craziness that is going on in the world: wars, prices going up, people being hurt badly. Let's bring back the kids singing in the streets, showing a city how to love.