Christmas is approaching, with all its calls for good cheer, charity and peace. Few Canadians would cry, “Bah! Humbug!” in response to that. But some – those with the most inflexible secularist mindset – might do so, at least in their unwillingness to recognize the value of what generates all those calls for good cheer: faith. Frankly, such Canadian secularists need to chill. Efforts to push faith to the margins of society hurt a lot more than they help.

To be clear, not all secularism is troubling. Canadian philosopher Charles Taylor has described “open” secularism as an approach “that defends everyone's freedom of conscience, whether religious or non-religious.” That’s a good thing.

According to the Public Faith Index, published by Cardus and the Angus Reid Institute, roughly 35 per cent of Canadians are Public Faith Opponents who want to close the public square to faith.

But Taylor also talks about “closed” secularists who are, at their core, anti-religious. What’s worrying is that up to a third of Canadians may fall into that camp. According to the Public Faith Index, published by Cardus and the Angus Reid Institute, roughly 35 per cent of Canadians are Public Faith Opponents who want to close the public square to faith. This is the type of closed secularism Taylor warns about. The rest are either Public Faith Proponents, who defend public expressions of faith, or are somewhere in between.

So where is the harm?

Public Faith Opponents are not fans of religious freedom. Only 37 per cent of this group agree that the Charter-protected, fundamental human right of religious freedom makes Canada a better country. Indeed, more than one in four say it makes Canada worse. And 56 per cent of this group say they’re uncomfortable with work colleagues who wear religious symbols or clothing. That’s a marked contrast to the 38 per cent of Canadians in general who feel the same (or the mere one in five Public Faith Proponents who take that view).

But it is also interesting to see whether the lack of religion allows freedom to flourish, or leads to a more divided society.

When non-religious Canadians (most of whom are Public Faith Opponents) are asked if various religions in Canada benefit or damage the country, they view all communities except atheism as harmful. Tolerance goes out the window. By contrast, the more religious Canadians are, the more likely they are to view all faith communities (except atheism) positively, despite deep disagreements among them. Faith encourages tolerance. 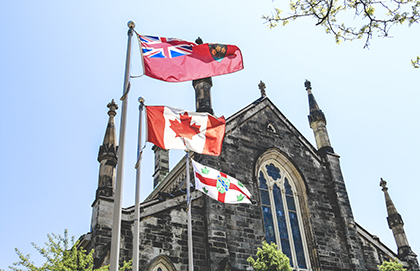 More importantly, the public expression of faith in Canada leads to outcomes that benefit everyone.

Statistics Canada found in 2013 that of the top 10 percent of Canada’s charitable donors, more than half attended religious services at least weekly. Only 14 percent of other donors attended that often, and only eight percent of non-donors did.

And how much did those religious donors give?

Their average annual donation was more than 3.5 times greater than that of other donors. Granted, most of the money went to religious organizations. However, the work of those organizations wasn’t confined to co-religionists who showed up within their four walls.

The Halo Project has shown that for every dollar in a religious congregation’s budget, its surrounding community (including non-attendees) gets a benefit worth almost five times as much. This comes through things like soup kitchens, space for Scout troops, or neighbourhood daycares, for example. In Toronto alone, the estimated common good contribution is $7.4 billion.

So, it’s not surprising then, that when Faith and the Common Good surveyed community groups, half of them said they wouldn’t be able to find alternate accommodations if the church that houses them closed its doors. In other words, many sports programs, mental health services, arts groups, and others are depending on others’ healthy and vibrant public faith.

Notable as well, half of immigrants to Canada say they received material support from faith communities to settle here, including help finding a job or home, or in learning a language.

In short, public faith generates more than just good cheer at Christmastime. And while all religious communities have their warts, the simple fact is that synagogues, mosques, temples, and churches are like special machines that convert Canadians’ compassion into billions of dollars of goodwill.

That’s why the Charter protects our freedom to live according to our religious beliefs publicly, not just at home or in our houses of worship.

And that’s why Canadians, religious or not, should help “closed” secularists adopt a more open posture toward public faith.