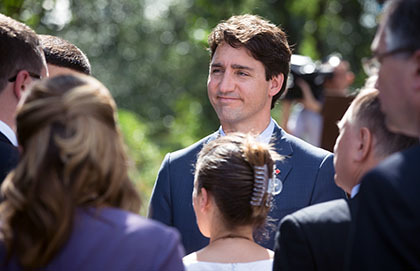 If leaders of our federal political parties want to show true leadership, they will order an instant end to the vile tactics that have so befouled the election campaign.

No more character assassination masquerading as virtue signalling. No more toxic slurs whose sole purpose is to give journalists diversionary media hits. And, yes, no more throwing up ancient social media posts, or moth-eaten school yearbooks, that instantly blacken reputations while doing nothing to further good policy, good government or vital national debate.

If they need guidance in framing such an edict, they could take a page from Justin Trudeau, which is not to say his team’s hands are less filthy than any those of any other party. On the contrary. In a recent National Post column, Conrad Black used the word “evil” to describe Liberal methods to date. Given Lord Black’s penchant for polysyllabic prolixity, we can be sure if he chose that particular short, sharp four-letter word, it must fit.

Where every leader, including Prime Minister Trudeau himself should look, is to the oration he gave at his own father’s funeral on Oct. 3, 2000. The eulogy, filled with nuggets of insight into the future PM’s character, would have been contemporaneous with the taking of the now infamous blackface photo that has turned the Liberal campaign on its ear.

In its opening lines, an über-elite young man clearly still struggles with longing for his father’s love and, even more, presence. But it quickly reveals that father’s sternness in the face of the child’s almost frantic eagerness to please.

At age eight, the younger Trudeau recalled, he was in the Parliamentary restaurant with the prime minister of the day, aka his dad, when he spotted a political rival.

“Thinking of pleasing my father, I told a joke about (the rival). A generic, silly little grade school thing.   My father looked at me sternly, with that look I would learn to know so well.  He said: ‘Justin, we never attack the individual. We can be in total disagreement with someone, without denigrating them as a consequence.’ Saying that, he stood up, took me by the hand and brought me over to introduce me to this man. 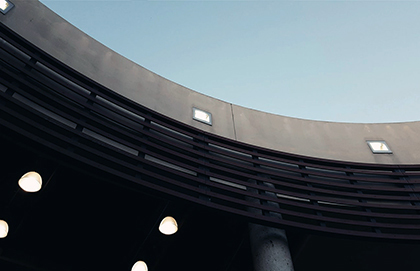 “He was a nice man, who was eating there with his daughter, a nice-looking blond girl, a little younger than I was. He spoke to me in a friendly manner for a bit, and it was at that point that I understood that having opinions that are different from another does not preclude being deserving of respect as an individual.”

“We need genuine and deep respect for each and every human being, notwithstanding their thoughts, their values, their beliefs, their origins.”

Indeed, we do. So why have our politics become such a foul stew of slander and denigration and misdirection invective that indiscriminately assaults and scars those who seek to serve in public office? More pointedly, into what puff of smoke, in Justin Trudeau’s case, did the father’s life-lesson admonition apparently disappear?

If they were important enough to be extolled even as the last bell tolled for Pierre Elliot Trudeau’s mortal remains 18 years ago, shouldn’t they remain vital enough to be remembered as guiding principles for the re-election campaign of the son? They are after all, his own words, spoken to celebrate his venerated father. Surely, the current Liberal leader could reference that iconic former Liberal leader, aka his dad, to model genuine leadership even for the leaders of the other parties in 2019?

We can only hope the catastrophe of the blackface photos will move him in that direction. Because whatever else those photos are – payback, cosmic vengeance, just desserts – the use of them constitutes a genuine injustice in itself.

Yes, yes, they show the hypocrisy of his smarmy moralism. Yes, yes, they reveal his insensitivity and (good gracious I’m beginning to loathe this word) privilege. Yes, yes, they expose what dangling fools we all are when we hoist by our own petards.

But they do something infinitely worse. They sunder the human from the being, the man from the living out his own life. When the photo that has caused the current furore was snapped, the 29-year-old man at its centre had just lost his father after months of agonizing cancer. Only three years earlier, he had lost his youngest brother to a horrible death in an avalanche.

Can we no longer, in the democratic spaces, summon enough empathy to sense the internal turmoil of that man? Can we not at least imagine, even as opponents, that his judgement might not have been, shall we say, at its most refined? Without excusing, can we not seek to acknowledge causal factors?

Was it necessary, for example, that Conservative leader Andrew Scheer flatly dismiss as “a lie” the prime minister’s apology for appearing in the photos? Could not assumption of positive intent, never mind the virtue of Christian charity, have moved Scheer to at least acknowledge sincerity on Trudeau’s part?

We do not need, as a friend of mine used to say, to naively sit around while chubby nuns play “Kumbaya” badly on the guitar. But we do need to recall that denigration as a first response to disagreement is primarily a denial of the individual. Above all, we need our leaders to do what former Prime Minister Trudeau did for eight-year-old future Prime Minister Trudeau: Restore the human to the political.