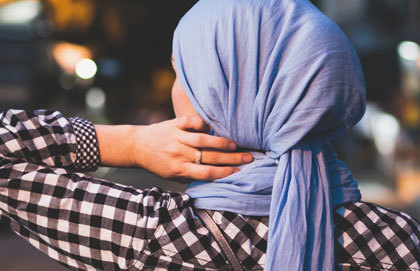 Banning Quebec’s frontline civil servants from wearing religious symbols, as premier-designate François Legault intends to do, would be socially regressive. Imposing this kind of flinty and obstinate secularism squashes the very diversity most politicians claim to value and support. It’s also out of step with the growing awareness among the business community that religious diversity deserves respect in the workplace. It’s a shame Legault seems to have taken no notice of this trend.

Canada’s businesses long ago recognized the value of accommodating the diversity of their employees. It helps attract and retain talent because people like to work in places where they can be themselves. And religious diversity is just one of the issues the Conference Board of Canada’s Council on Inclusive Work Environments recently tackled in meetings in Toronto.

The smart policy is to take religious diversity in the workplace seriously. Quebec, like the rest of Canada, is becoming more diverse not less – and that includes in terms of religious expression. In 2015, the Pew Research Center projected religious affiliation to grow globally 23 times as quickly as growth in non-affiliation between 2010 and 2050. It projects the number of people claiming a religious affiliation will rise to 8.1 billion in that time. And as we welcome more immigrants to Canada, those religious perspectives will come to Canada too.

It’s no secret that immigrants provide a religious boost to Canada. When Cardus partnered with the Angus Reid Institute to measure the role of faith in Canada, we found that four in 10 first generation immigrants to Canada are religiously committed – largely certain in their beliefs, and most likely to attend religious services, pray to God, and read a sacred text regularly. That’s almost double the proportion of the general Canadian population.

Polling in 2017 found that 54 per cent of Canadians say they draw their personal identity from their religious beliefs. Religious identity is a deep part of who they are, not merely a matter of taste or preference. Wherever religious Canadians are, their faith is with them also. That’s as true in Quebec’s civil service as it is any Canadian workplace. So how can we ask people to leave their religious being at home or in their places of worship? 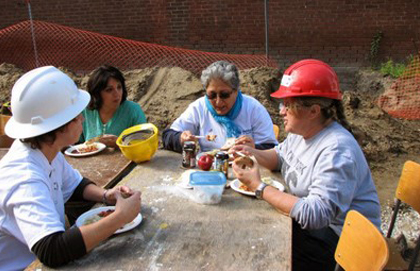 Women of Faith Build Hope and Homes
Cardus Law: You, Me, Community
A Case for Religious Freedom

The just and fair thing to do would be to allow religious employees to be authentically themselves in the workplace. And the progressive action that workplaces can take would be awareness, affirmation, engagement, and accommodation of religious diversity – something Cardus recently published in a guide for workplaces.

Building awareness of employees’ religious beliefs and faith is an important part of fostering a truly welcoming workplace. How much do human resources managers, corporate executives, and employees know about the main beliefs and texts of their co-workers’ religions, or the norms, rules and taboos of another’s tradition? While religious matters can be thorny and complicated, there is no reason why they can’t at least be better understood.

Affirmation involves the institutional recognition of the importance of religious diversity and religious freedom in the workplace.

Affirmation involves the institutional recognition of the importance of religious diversity and religious freedom in the workplace. For example, corporations can recognize that religious freedom is a fundamental right by taking the Religious Freedom and Business Foundation’s Corporate Pledge. An awareness of wording and jargon considered offensive or blasphemous by others increases civility. This is key to helping create a work culture of respect for each other’s differences and rights.

Engagement takes things a step further by looking outside an organization to learn and work with religious communities. Many companies consider it part of their social responsibility to engage in charitable work. Why not include local religious and charitable organizations in some of that activity? As relationships build, bringing in local speakers to talk about their faith and experiences within their tradition can become part of employee education. This will foster deep pluralism instead of an easy tokenism.

Finally, there is a need for workplace accommodation. In some cases, this will involve something as simple as allowing scheduling changes or shift-swapping if schedules conflict with religious observance. At other times, it will mean allowing employees to change duties if tasks conflict with religious convictions. And a truly tolerant workplace will allow for religious garb or symbols, make work facilities available for religious observance, and even welcome religious expression.

Quebec’s incoming government may not be inclined to welcome – or even recognize – religious diversity. Even if it doesn’t, perhaps the business sector can show there is a better way to do things by respecting and making room for religious diversity in the workplace.