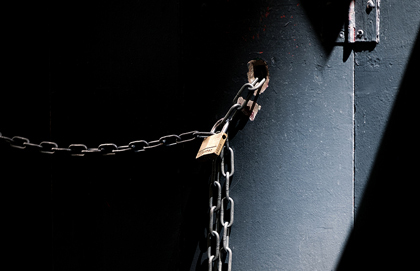 Convivium: You began to work in full time ministry with The Voice of Martyrs Canada in 2003 after serving for three years as a volunteer. How did you first hear of the organization?

Greg Musselman: Well, my first contact before Voice of the Martyrs was a ministry called Open Doors with Brother Andrew. I was in my first year of Bible college. I had left my broadcasting career, from a station called ITV, now Global Edmonton. I was a sportscaster/reporter but I felt the call to ministry.

While I was in Leduc, I went to a meeting because I was a youth pastor and thought I probably should be there. The message of the persecuted Church was being shared. I had been a Christian for about six years. I remember my wife saying, "Man, this has really locked into your heart, into your life." So, I supported Open Doors. I prayed for the persecuted Church. I had no knowledge of a ministry called The Voice of the Martyrs until I went to Winnipeg in 1996.

I was a pastor in the church in Winnipeg. I was also doing a new segment at It's a New Day. I was doing a talk show on what was called the A-Channel and I was working for TSN, all at the same time.

While I was pastoring, we had a family from South Sudan in our church, so that became our prayer focus. We talked about the persecution of Christians. I hardly knew what South Sudan was. Around that time, we hosted Glenn Penner from Voice of the Martyrs. Three months later, in January 2000, I was on an airplane to report on the persecuted Church.

I went to Ethiopia first and to South Sudan to report on the two million people killed during the war between the Muslim North and the Christian South. That was my first exposure to the persecuted Church. I had met persecuted Christians in Canada, but to actually be in the field, seeing the destruction, hearing the stories….

Convivium: Voice of the Martyrs has had an office in Canada for over 40 years. What’s its vision and mission?

Greg Mussleman: Richard Wurmbrand spent 14 years in a Romanian prison. His wife Sabrina was also in prison for her faith. He refused to put his church under Communist authority. His authority was in Christ, and he wasn't going to give allegiance to Stalin. He was going to give allegiance to Jesus. So, he spent 14 years in prison. He spent more than four years in solitary confinement.

I was speaking to a pastor in Winnipeg and he said, "You've crossed the line. You've counted the cost, and said: 'This is what God’s called me to do.'"

When he was released in the mid-60s, he didn't want to leave Romania. Other Christian leaders said "Here's an opportunity, and when you get out, tell the world what's happening in Romania and in the Eastern European countries that are under Communism." He then found out about other kinds of persecution that Christians were enduring.

That is very much the vision and mission of Voice of the Martyrs: to get the word out, to tell the world of this persecution, and invite people to pray alongside. In certain cases we provide food, help rebuild communities and churches, dig wells, or provide tools like Bibles and Christian materials; anything to strengthen the Church. It's not about providing a handout. It’s working and partnering.

Then there's also the legal defense aspect. In many places like India, Pakistan, and Sri Lanka there are laws that impact the persecuted Church.

C: When I read the words, "remembering and serving the persecuted Church," I feel that is a daunting mission. What does this work look like on a day-to-day basis?

GM: Well, my role is more through the media, television. One of the reasons we formed a partnership with 100 Huntley Street is that we wanted to see what God is doing even beyond the persecuted Church, even in our own country. My role is to bring out the stories so Christian radio stations will provide six one-minute news updates from around the world. I record and produce them here in Alberta.

I travel, document, and see how we can help in a practical way. I also teach, in Bible colleges and local churches, the theology of persecution and discipleship. We're undergoing different things even in Canada. With some, we would maybe call it discriminatory or lack of religious freedom to speak. 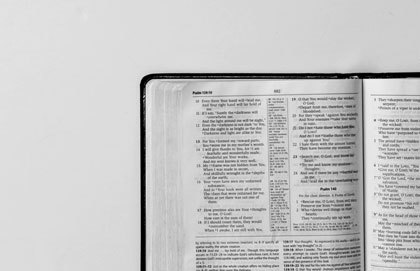 On the other hand, we have to realize that the message of the Gospel is never going to be popular. My role is to bring the Gospel and stories to the community, and to assist with projects and provide practical calls through newsletters, on the Internet, and through social media to assist the persecuted Church. I also work with churches across the nations to help amplify the message of the persecuted Church.

We have this one-person play called Solitary Refinement. It's re-enacting Richard Wurmbrand in prison. It's very powerful, as if he was living today and speaking to us as the Canadian Church. We talk about Hebrews 13:3, "Remember those in prison." That's not just a passive; it's remember, active.

How many thousands and thousands are being imprisoned for their faith, tortured, or always living under threats that their church is going to be bombed in places like Pakistan, Egypt, or Nigeria? I always tell people not to get overwhelmed by the numbers. Perhaps begin praying for a specific country, or sign up for our prayer newsletter and focus on three or four things to pray for a week.

The Bible says, in 1 Corinthians 12:26, "One part of the body suffers, we all suffer." We are, even though we have freedom in Canada, still suffering with our brothers and sisters that are dealing with difficulty in many nations around the world.

C: Often in North America it feels easy to lose sight of the great persecution that Christians experience all around the world as a result of their faithful witness. What can you tell us about the distinctive character of the persecuted Church?

GM: I think we have to remember that they are struggling with the same kinds of issues that we are: temptation, greed, materialism, all that. They're not perfect. They're just like us. It's just lived out differently. We've met many Christians in these places that have either recanted their faith or felt the fear. Maybe they've converted to Islam, or Buddhism, or Hinduism, or they’ve gone back to the religion of the people.

We've had people go off into adultery, and stealing money. That's still there. I think the one thing we can't do is romanticize the persecuted Church. They have feet of clay, just like we do.

The positive aspect is it strengthens our faith. It purifies our faith. You’re either in or out. If you've got people that have made a conscious decision to serve Jesus no matter what, well, their faith is incredibly inspiring. They rejoice in our freedom, and we also can learn from their suffering. That's why we work together, to help them and encourage them.

We talk about Hebrews 13:3, "Remember those in prison." That's not just a passive; it's remember, active.
Subscribe to our weekly newsletter and never miss another one.
Sign-Up Now

C: You released your first book Closer to the Fire, Lessons from the Persecuted Church in 2012. The book contains stories of those who are suffering for their faith. There must have been fear and danger in sharing these testimonies in a time of persecution. How did you go about collecting them?

GM: I was in Winnipeg, telling stories there, learning how to run a camera, and then I met this guy from Voice of the Martyrs. Suddenly, my life changed and I was in Addis Ababa, Ethiopia telling stories of the persecuted Church. As a broadcaster and journalist, I was there to capture a story.

I’ve now been to 50 countries. I’ve spent time in the "hot spots" – Egypt, Indonesia, Iraq, Pakistan, Nigeria. I was speaking to a pastor in Winnipeg and he said, "You've crossed the line. You've counted the cost, and said: 'This is what God’s called me to do.'"

I had the skillset, but I wasn't planning to go from being a sportscaster to being on the front line. The Lord used each step, from being a kid too shy, too nervous, to read in front of a class in high school, to going into broadcasting and then into ministry, Bible college, then pastoring, learning how to run a video camera, going into these places, and gathering the stories.

When collecting these stories, we have to be careful with our own personal security, but also the security of our friends that we are interviewing. In certain locations, we have to hide their identities and either block out their faces, or digitize them, changing the audio as well. The Internet is such a powerful thing and people have later found stories that we’ve done.

C: How can we help to lessen the gap between the North American and persecuted Church?

GM: There are people in our communities that have suffered for the Gospel. Some are local and some are from countries like Pakistan, India, Sri Lanka, or North Korea. To hear their stories face-to-face is always the most powerful. When you're hearing from persecuted people, or you're hearing the stories, it's such basic Christianity, because that's how Christianity started.

When you read the Bible, and you read people Paul, and you understand persecution, it brings the Bible alive. It's raw Christianity, and for people that love the Bible, and love Jesus, there's a depth and an understanding when you hear these stories.

Persecution will never end. We have to understand: We're not going to end persecution. It's going to continue until the end. That's what the Bible teaches, but in the middle of that, we are helping the brothers and sisters advance the Gospel. The most important thing that bridges the gap is praying for the persecuted Church. That's, for the most part, what believers in these places tell us.

C: As we speak today about the persecuted Church, is there a particular nation or community on your mind? How can we as people of faith continue to uphold them in prayer?

GM: Eritrea comes to mind. There has been persecution there since 2002 with closing down of 80 evangelical churches. Of course, there are the Muslim countries. There's North Korea. We've got probably 30,000 Christians imprisoned in concentration camps. My suggestion would be to go to the Lord and say: "What do you want me to pray about?" Then go to, again, a website, to find out things that are currently going on. A number of our videos let you hear the stories and see the faces of suffering believers.