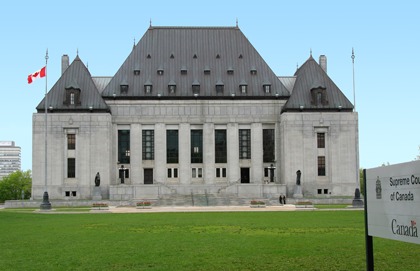 An early surprise of 2016 has to be the failure of Pierre Elliott Trudeau's ghost to streak across the sky ululating at the damage done last week to his beloved Canadian constitution.

Even minus the inspiration of Trudeau père in spiritus, however, Canadians who care at all about our constitutional democracy, and about the rule of law, should be deeply alarmed by what was done to push forward physician assisted suicide in this country.

It may be that the lack of response so far results from trouble following the tangle of exemptions and extensions that the Supreme Court was faced with pronouncing upon. It may also arise from the difficulty of detaching our own raw emotions about assisted suicide from what might seem like a dry bones argument about Canada's constitutional separation of powers.

Whatever side of the assisted suicide debate you might be on, the abuse of process that occurred has foundational implications for our continuity as a Confederation as envisaged by the British North America Act and by the Constitution Act of 1982.

In a nutshell, the federal government appealed to the Supreme Court for an extension of the February 6 deadline embedded in last year's Carter decision. In that ruling, the Court struck down federal Criminal Code prohibitions on assisting in the commission of a suicide. It granted a one-year window for Parliament to amend the law so doctors can prematurely end the lives of patients who meet specific criteria. 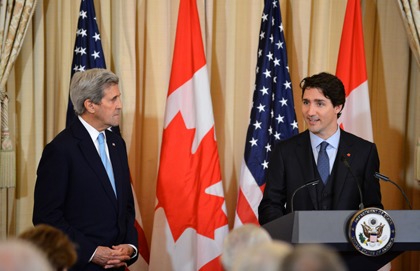 Meanwhile, the Quebec government had already passed legislation legalizing so-called medical assisted suicide, even though the Supreme Court has ruled that our constitutional separation of powers permits only the federal Parliament jurisdiction over the crafting of criminal law. When the federal government applied for the extension last week, Quebec asked to be exempted and allowed to proceed with its own process for ending the lives of suicidal patients in its health care system.

But here's the rub. As Le Soleil reported last week, even as it was before the Court asking to be exempted the Quebec government had already authorized the ending of a suicidal patient's life. Sometime between December 10 and January 14, one Quebec City patient was given a lethal injection under the Quebec regime. A second death is already under consideration. Think about that.

Even as Quebec was legally bound by our separation of powers regarding criminal law, affirmed by at least two Supreme Court decisions including the Carter decision itself, and even though it was still bound by the February 6 deadline set by the country’s highest court, it went ahead with an assisted suicide scheme prohibited by the Criminal Code.

As a constitutional lawyer I spoke with noted, Quebec's very application for the exemption affirms that it knew the existing federal law was still in effect. Yet it proceeded with the assisted suicide while maintaining the pretence of participating in the legal process. I do not know if that technically constitutes contempt of court. But I do know a very contemptuous nose thumbing when I see it.

There's the double rub. In the end, the Supreme Court granted Quebec its wholly moot exemption, but by a very tight five to four margin. But suppose the decision had gone the other way? Suppose the Court told Quebec to abide by any rewritten federal law the same as every other province? Suppose the federal law is ultimately far more circumspect than Quebec's so that the death of the patient remained, in fact, a criminal act?

Those who chirp that the former would never happen are presuming to know the Supreme Court's mind, which is a mug's game at best. Those who scoff that the latter would never happen miss the worst rub of all. If true, it means a province, setting its own course outside the Constitution and in defiance of the Supreme Court itself, is now setting criminal law for Canada's Parliament.

Perhaps we should yet keep our eyes open for a spectral prime ministerial ball of fire moving rapidly across the Dominion's skies.