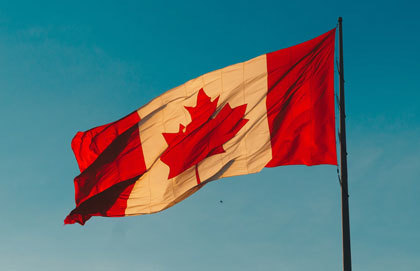 I cannot remember feeling more proud to be Canadian than I have been since Jody Wilson-Raybould began speaking to the Commons Justice Committee yesterday afternoon.

As a little kid at Nov. 11 cenotaph ceremonies I might have been as proud in the misty half-understood way of childhood. When Paul Henderson scored the immortal winning goal in the legendary 1972 Canada-Russia hockey series, I was certainly more euphoric. And the way Canadians responded to 2014’s perceived terror attack on Parliament, I realized in my deep heart’s core how much I loved this hugely improbable country and its thoroughly good and decent populace.

But watching Canada’s former attorney general, justice minister, and veterans affairs minister lay out in exquisite detail her side of the SNC Lavalin scandal, I felt a pride that rivalled all those events. At times, it far surpassed them.

I’m in no way shy to acknowledge much of it was attributable to Wilson-Raybould’s remarkable personal presence as an Indigenous woman, levelly speaking to her peers as an MP, and implacably challenging the highest levels of political power in this country.

I grew up in small town Western Canada where, paradoxically, we were proud to have elected the first “Indian” in Canada as an MP largely because it meant we could overlook our ingrained habit of treating our Aboriginal neighbours like dirt much of the rest of the time. Yes, I, too, laughed along when people referred to the downtown pub frequented by Indigenous people as “Moccasin Gardens” or “The Stagger Inn” without ever asking why no one called the white cowboy bar down the street Cirrhosis Central.

So, to see such a profound example of an individual transcending even that level of petty, grinding racist attitudes, never mind our far more serious historic obstacles to Native equality, made me sit up straighter in my chair. It made me intensely aware of that rare moment when pride avoids the ever-present heinous temptation toward arrogance, and goes straight to becoming full-fledged hope. Hope, that is, for this country in all its breath-taking improbabilities.

Bring Back the King
Disorder in the House
Justin Time

In saying that, I do not mean to take an iota away from Wilson-Raybould’s individual triumph of will. She did it. She achieved. She stood defiant. She called out power.

The quality of her presence before the justice committee was hers, and hers alone. But the system had room for it to happen. Shorter form: the institution worked.

In the B.C. dialect of my youth, there is the wonderful word “skookum,” which is a Chinook Jargon term roughly translatable into English vernacular as “do not try to run over this unless you’re prepared to wind up flattened.” It could be used, for instance, to describe a brick wall backed by reinforced concrete. Assuming it hasn’t taken on alternative derogatory connotations – these things change so fast when we’re not looking these days – I would say Jody Wilson-Raybould has shown herself to be one skookum political representative for Canadians, disagree as powerfully as I do with some of her policy pursuits.

But no one, least of all a politician, flourishes in a vacuum of individuality. Wilson-Raybould’s emergence is illustrative of a capacity traceable to the very seedbed of Canadianness, which is our willingness to atone, adapt, reconcile, grow, welcome anew. The quality of her presence before the justice committee was hers, and hers alone. But the system had room for it to happen. Shorter form: the institution worked.

It worked in that the justice committee gave her a fully protected venue in which she could speak with utter freedom. It gave her an effective place to go after she elected to stand up, and then step forward. It must be emphasized, too, that the democratic watchdog relationship between the media and the political estate, starting with the phenomenal old school scoop of the Globe and Mail team, functioned as it should. All of which turned the pride I felt into a veritable dirigible of hope.

Did the former minister’s testimony root out all the rot that, we can now say with confidence, led the prime minister and his minions to privilege a corrupt, legally imperilled corporate behemoth over our rule of law? No. Are we out of the woods in terms of the threat the SNC Lavalin scandal poses to Canada’s political ecology? By no means. As the justice committee members themselves agreed during Wilson-Raybould’s testimony, the real work has only just begun.

But begin it has. Proceed it can. And Wilson-Raybould herself gives hopeful evidence of enough skookum individuals in place to collectively see it through. That, in turn, obliges all of us to dispense with the grotesque, lazy cliché that every politician is only in it for him or herself.

Absolutely, we must be alert to the pressing need for vigilance about corruption’s presence and spread. But despair? Uh-uh. Shame? Not here. Not now. In fact, just the opposite after what Jody Wilson-Raybould did, and was institutionally able to do, in one glorious and free committee appearance on Wednesday afternoon.