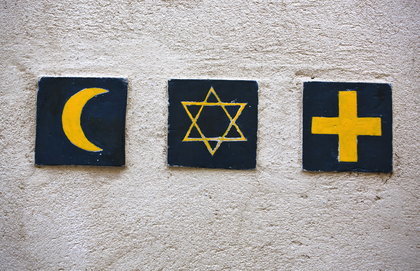 It’s impossible at this early stage to know the cause of the horrifying murder and wounding of Muslims in a Quebec City mosque this week. We may never truly understand what spurred the shootings, which violate the deepest values of Canadians within and outside Quebec.

It would be unreasonable, if not irresponsible, to suggest Quebec as a society, and Quebecers as citizens, bear responsibility for this individual act. I do not say it now, and would never say it.

That said, the shock wave from the tragedy might at last jar loose public recognition of what Quebecers themselves privately know: Quebec has a religion problem. Or perhaps better, Quebec has problems with religion.

A decade ago, the Quebec government appointed a commission chaired by Gerard Bouchard and Charles Taylor to examine issues of “reasonable accommodation” of those of different cultures and faiths. The impetus was a number of high profile cases of Muslims and Orthodox Jews asking for accommodation in matters of religious diet and modesty.

The commission hearings occasioned, in some sectors of society, outpourings of hostility against religious minorities. The hostility was visceral enough that it led many Quebecers to acknowledge a deep vein of xenophobia in parts of their society.

The Bouchard Taylor Commission ultimately produced a report urging Quebeckers to learn to get along and reconcile differences through dialogue.

The Quebec government responded by developing a Quebec Charter of Values that would have prohibited the wearing of religious dress in a wide variety of areas. This further exacerbated religious tension. While the Charter did not pass as legislation, much to the relief of Quebecers such as Charles Taylor who led the fight against it, the anti-religious sentiment exploited social hostility.

Social hostility towards religious minorities is not new in Quebec. Back in the 1940s, Jehovah’s Witnesses were persecuted there. I am not one to overuse the word persecuted. But it is the only word to describe the Duplessis government’s treatment of Jehovah’s Witnesses.

Social hostility towards religious minorities is not new in Quebec.

In the 1940s, Quebec was a deeply Roman Catholic province. The Church controlled education, labour unions, hospitals and was influential in daily life. Jehovah’s Witnesses, at that time, were profoundly anti-Catholic. It was to be expected that their distribution of pamphlets labeling the Pope the Anti-Christ would be inflammatory.

In the mid 1940s, Premier Maurice Duplessis ordered police to arrest Jehovah’s Witnesses for distributing their literature. They were charged with seditious libel under the Criminal Code. Quebec courts agreed with this creative interpretation and hundreds of Witnesses were prosecuted. In 1946, Aimé Boucher successfully challenged this before the Supreme Court of Canada. 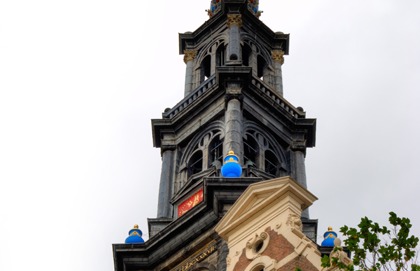 The Duplessis government then passed legislation allowing municipalities to restrict distribution of literature. When the Supreme Court of Canada struck down those bylaws, the Quebec government amended the law. Over an eight-year period, 1,500 Jehovah’s Witnesses were arrested.

The history of religious persecution in Quebec was formative for developing religious freedom prior to the 1982 Charter of Rights and Freedoms. In addition, Jehovah’s Witnesses lobbied and petitioned for a Bill of Rights. Pierre Trudeau said that living through Quebec’s persecution of Witnesses was one of his motivations for enacting the federal Charter.

Quebec’s restrictions on Jehovah’s Witnesses have not ended. Just over a decade ago, in 2004, a Jehovah’s Witness congregation won a case against the town of Lafontaine over building a house of worship. The municipality had a very small area of town that was zoned for houses of worship, and much of that was taken up by a public park. Basically, that left only two properties that could be used for a Kingdom Hall. The owner did not appear willing to sell.

Even over the last few months, the City of Montreal has been using bylaws to restrict two minority religions, Hassidic Jews and Muslims.

With all eyes on Quebec, it is an important time for federal, provincial and municipal leaders to make it clear that discrimination against religious minorities is not acceptable.

The City of Montreal passed a by-law in 2010 restricting building houses of worship. This poses few problems for Christians because Montreal is a city of churches, many of which have very small congregations. But growing religious minorities, such as Muslims, cannot build mosques for their worship.

A recent National Post article estimates that half the places of worship of religious minorities are illegal, in that they are not technically zoned as houses of worship. They might be technically “community centres” but function as mosques, synagogues or temples.

Last summer during Ramadan, it became evident from increased activity during this time of religious observance that some Islamic community centres were really houses of worship.

In the suburb of Outremont, a new by-law also restricts building new houses of worship. While the by-law looks neutral on its face, it is really targeted at the large Hassidic Jewish population. This religious minority is about 25 percent of the population and is continuing to grow. The only area zoned for new houses of worship is at some distance from where most Hasidim live. But because these Jews cannot drive on their day of worship, they cannot get to the location.

As a spokesman for the Outremont Jewish population said, “When they start oppressing the Jews, they go after the synagogues.”

With all eyes on Quebec, it is an important time for federal, provincial and municipal leaders to make it clear that discrimination against religious minorities is not acceptable. They must follow up their public statements with action. Regardless of their sincerity, tears of grief and solidarity in the wake of events such as this week’s murderous rampage are simply not enough.

Janet Epp Buckingham is a Senior Fellow at Cardus, a professor at Trinity Western University, and director of the Laurentian Leadership Centre in Ottawa.