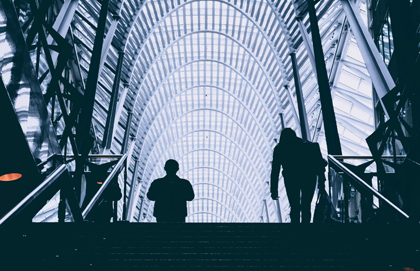 Thank you Madame Chair for the opportunity to appear before this committee to offer my thoughts on the issue before the committee: systemic racism and religious discrimination.

My views are informed by my work as Senior Fellow at Cardus, Canada’s faith-based think-tank, where I focus on issues around religious freedom and public faith. They are also informed by the extensive work I did with different faith communities as Canada’s Ambassador for Religious Freedom from 2013-2016. Finally, they are a reflection of my Catholic faith.

Let me offer six preliminary thoughts on this topic as points of departure for my comments on the need for promoting genuine pluralism in Canada that is respectful of difference:

Let me speak further about this genuine pluralism.

A common civic life without debate and encounter between us is no civic life at all.

Too often in our country these days we either shy away from engaging our fellow citizens or we engage them in a confrontational way, often via the perceived anonymity of, what I would say, is the profoundly disconnected world of social media. This is emblematic of an increasingly uncommon life and it is not sustainable.

As Aristotle asserted in his Nicomachean Ethics, the pursuit of the common good is founded upon ensuring human flourishing. This understanding of what is at the core of our social, economic, and political lives has been affirmed by many since Aristotle including by St. Thomas Aquinas from my own Catholic tradition. I would assert that the common good of human flourishing must be at the very heart of our understanding of what pluralism is.

Furthermore, and perhaps most importantly, the advancement of human flourishing and the associated commitment to pluralism must be deeply rooted in the championing of human dignity above all else in our common life. I say above all else because this dignity comes from God.

In championing human dignity, we must not only recognize but also respect that we believe different things, and that we hold different views on what is most important in human life. Often these different views and beliefs are profoundly different and can cause us to feel ill at ease. They might at times even raise our ire. So long as all that we say and do is said and done charitably, in a manner that is respectful of the other and their inherent human dignity, then we can agree to disagree.

As a Catholic Christian, my understanding of the dignity of the human person is grounded in my belief that we are all made in the image and likeness of God. I believe that this reality was made present among us when God became man in the person of Jesus Christ, He who is fully human and fully divine, without commixture or confusion in His two natures and two wills, one in the Holy Trinity, one God in three persons. He is the Saviour and Redeemer of the World.

Now, many of you here reject this view and affirm a belief radically different to my own. Likewise, I would reject what many of you believe. Yet, here we are, side-by-side, living in this place we call Canada, our country. Our common life is enriched by our difference as well as by our shared goals for this country and, please God, for each other.