At Least Quebec Is Honest About It September 23, 2013  |  By Janet Epp Buckingham
Print

"Separation of church and state" is an American concept, intended to protect the state from religious interference. It's not technically applicable in the Canadian context. But might it be time for religious institutions in this country to adopt the concept, for their own protection?

The most recent volley is from the Ontario Human Rights Commission. The OHRC is updating its policy on "creed," which has generally been considered to prevent discrimination on the basis of religion.

On their website, the OHRC asks questions phrased in rather provocative ways.

The first question relates to Christian Horizons, the largest non-governmental provider of residential care to mentally challenged adults in Ontario. Until recently Christian Horizons required all staff to adhere to an evangelical Christian statement of faith and a lifestyle policy. Christian Horizons saw itself as a ministry and its staff as Christian workers. But the OHRC saw things differently. After two very difficult human rights complaints over the last 15 years, the OHRC finally required Christian Horizons to open caregiver positions to anyone regardless of their religion. 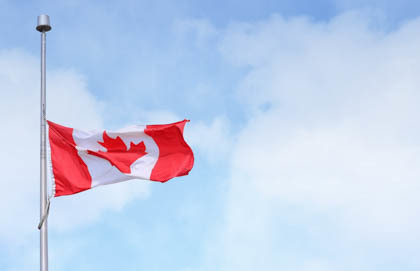 Is this the state imposing itself on a religious institution? What if we turn around the OHRC's question: "Should the state be allowed to tell a religious community what its religious beliefs and practices should be?"

The second question would expand the category of "creed" far beyond religion. None of these are practiced as communities, nor do they have sacred texts. But if they are included in the definition of creed, employers will be required to accommodate them.

The third question is from a legal case known as the "gay prom date" case. But the "school" is a Roman Catholic separate school. In Ontario, these religious schools are publicly funded. Homosexual practice is contrary to Roman Catholic teaching. Both the school principal and the school board refused to allow a student, Marc Hall, to bring a same-sex date to the prom. Hall went to court and got an injunction to force the school to allow him to bring a male date.

Again the state, through the courts, forced a religious school to allow behaviour contrary to its doctrines. People might have a different response if the OHRC asked: "Should the courts dictate doctrine to religious schools?"

The OHRC consultation in Ontario is paralleling the debate over the Charter of Quebec Values. At least the Quebec government is open about enforcing secularism in society. Many in the rest of Canada have denounced Quebec's plans to restrict the wearing of religious garb in the civil service or when receiving government services. (Of course, the exceptions for Roman Catholic veils and crucifixes attest to the government's true intentions: restricting religious expression by immigrants.)

The Quebec proposal is clearly anti-religious. Enforcing public secularism upholds secularism as a religion and suppresses all others. It is no different than the public enforcement of Muslim dress codes in places like Iran.

That said, Andre Schutten expressed it well in a commentary in the Ottawa Citizen. Schutten notes legal cases in every province west of Quebec where religion has been supressed by the state—yet politicians in these provinces have been critical of Quebec's Charter.

The leading questions in the OHRC consultation are trying to sell state enforcement of secularism in Ontario. In this environment, with governments speaking out of both sides of their mouths, churches and religious adherents might be wise to hold up "separation of church and state" for our own protection.